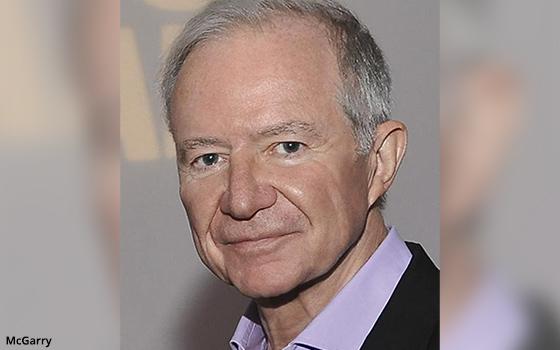 Adland luminary John P. McGarry Jr. has died at the age of 81. The death was confirmed by McGarry’s family who indicated that he passed away peacefully at home on October 7 after a long battle with Parkinson’s Disease.

McGarry’s storied advertising career is well-documented and culminated “after an attempted retirement” with his co-founding of mcgarrybowen in 2002 with business partners Gordon Bowen and Stuart Owen.

In the decade that followed, the agency amassed a client roster that included Verizon, JP Morgan Chase, Disney, Kraft, Chevron, Marriott, Pfizer, Crayola, United Airlines, Sears, Reebok, Procter & Gamble, and Honda. The agency was highly awarded and widely recognized at the time as one of the most successful start-ups in agency history. The agency won three Agency of the Year awards from AdAge and Adweek. Ultimately mcgarrybowen was acquired by Dentsu Inc., and the agency’s success and expansion continue with offices in thirty-three countries today.

The agency issued a statement: “It is with sadness that we acknowledge the passing of mcgarrybowen founder John McGarry. His passion for our business was unbounded and infectious. He loved what we did, who we did it for, and most of all, who we did it with. John believed that anything was not only possible, but probable. That spirit helped shape the agency’s success and growth across 33 countries, with thousands of talented individuals who bring his dream to life every day at dentsuMB. We will honor his legacy by forever embodying this spirit and creating work he would be proud of.”

McGarry was born in Elizabeth, New Jersey, earned a bachelor’s degree in economics from Villanova University, an Executive MBA from Harvard, and served in the National Guard.

After working in sales at Humble Oil for four years, he joined Young & Rubicam on Madison Avenue in New York as an Account Coordinator. He rose to Chairman and CEO of Y&R Advertising and Vice-Chair of Y&R Inc., spearheading new business development and working with clients on accounts including AT&T, the Walt Disney Company, the United States Army, Hallmark, KFC, Cadbury, Chevron, Kraft, Dr. Pepper, Sony, Citibank, and Colgate.

In 1997 McGarry was part of the management team that took Y&R public and orchestrated the agency’s subsequent acquisition by WPP.

Over the years, McGarry donated his time and served on numerous boards focused on education and the arts including, the Caramoor Center for the Arts, Boy Scouts of America, United Negro College Fund, Dominican College, the Kentucky Opera, American Association of Advertising Agencies, and the Roundabout Theater.

John is survived by his wife of 56 years, Gilda, his children Victoria and John III, and his grandchildren, Nell and Nicholas Hurley and Camilla and John C. McGarry.

In lieu of flowers, donations can be made in John’s memory to the Michael J. Fox Foundation or the Boca Grande Health Clinic.

McGarry’s death occurred within days of another industry icon, Wieden + Kennedy co-founder David Kennedy, who died on Oct. 10 at 82.