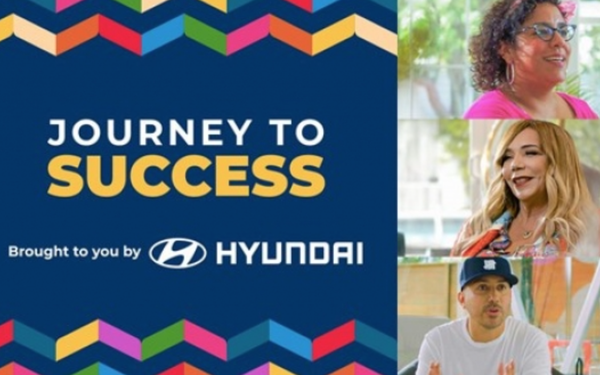 Hyundai Motor America is launching a multifaceted campaign to honor the Hispanic and Latinx communities.

In celebration of Hispanic Heritage Month, the effort includes philanthropic and community-based support as well as sponsorships highlighting Hispanic achievements.

According to Autoproyecto and other reports, Hispanics represent 18% of the U.S. population, yet account for 24% of all car sales and have the potential to buy more cars over their lifetime than non-Hispanics.

The Hispanic population in America is currently around 61 million, and Nielsen projects that Hispanics will contribute more growth than any other population segment in the U.S., comprising 53% in just the next five years, according to Intermark Automotive.

CANELA.TV Journey To Success Presented by Hyundai highlights stories of Hispanic heroes and explores a day in their lives. The six-episode inspirational series features actress Kiki Melendez, singer La Marisoul and designer Edoardo Chavarin. The series is available to stream.

Separately, the automaker will make a $25,000 donation to The Hispanic Scholarship Fund, an organization founded in 1975.

Hyundai’s Amigos Unidos ERG members have also been volunteering their time and providing financial assistance to community-based organizations in California, including Someone Cares Soup Kitchen.