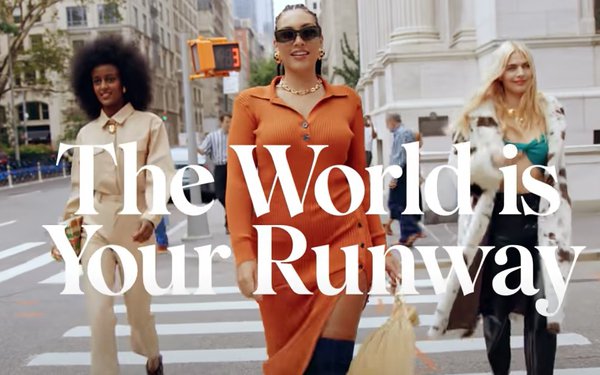 Airport runways weren’t the only venues depopulated by the effects of COVID-19.

D2C clothier Rent The Runway’s active subscribers and revenue plunged as a result of remote work and restricted social gatherings.

Now the company is taxiing for takeoff in an initial public stock offering aiming for a valuation of between $1.24 billion to $1.46 billion, according to a revised Securities and Exchange Commission filing on Monday.

Calling itself “The Closet In The Cloud,” Rent The Runway offers subscribers a specific number of clothing items at a flat monthly rate. It also has a-la-carte rental and purchase options.

The company—whose board of directors includes actress Gwyneth Paltrow—says its rentable wardrobe is composed of 750 designer brands and more than 18,000 clothing styles.

Social media has been a key component of customer demand and how the company generates awareness and trial.

“The ubiquity of fashion on social media has meant that consumers have a higher awareness of aspirational brands outside their income level,” the IPO filing states. “Millennials post nine selfies a week on social media, according to Now Sourcing, increasing the pressure for variety in the wardrobe.”

Since its founding, Rent The Runway has spent less than 10% of total revenue on marketing. Approximately 88% of its customers “have been acquired organically. As of June 2021, we have had close to 3 trillion earned media impressions since 2018.”

The company’s most recent YouTube video—posted on Sept. 13—has garnered 1.4 million views.

Titled “The World Is Your Runway,” it depicts women gallivanting about in clothing of every imaginable color.