Only After Defeat Does PepsiCo RISE To The Occasion 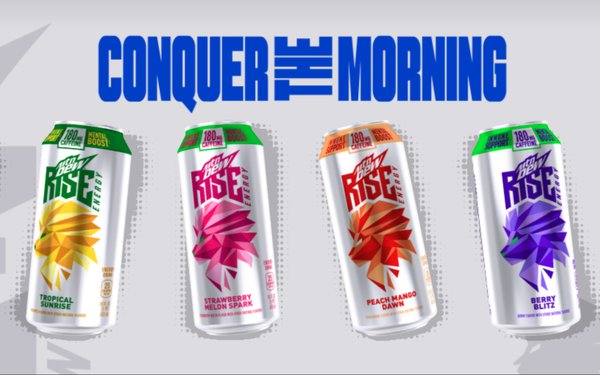 What on earth was PepsiCo thinking?

The beverage and snack Colossus—which has used the word "purpose" when describing itself, as in the slogan "Winning with Purpose"— seemingly checks all the boxes when it comes to goodwill. From scholarship opportunities for Black and Hispanic students to female-entrepreneur support to award-winning sustainability efforts, PepsiCo has it covered.

Then there are the everyday trenches, where brands duke it out for shelf space and survival.

Which brings us to the court injunction barring PepsiCo from using the name RISE for Mtn Dew RISE Energy, arising from a lawsuit filed in June by Rise Brewing, which for several years has marketed coffee, tea and oat milk beverages labeled RISE.

Surely, if PepsiCo inadvertently blundered in adopting the RISE moniker, there would be ample evidence in the federal court’s comprehensive, 24-page ruling. The company’s responses—the overwhelming majority of which were soundly rejected—would seem to suggest otherwise, but feel free to judge.

Here is the timeline:

2017: The company trademarks RISE, and its CEO meets with members of PepsiCo’s innovation team to discuss a potential partnership.

In issuing the injunction last week, the judge ruled that Rise Brewing had offered “credible evidence on incidents of actual confusion, the likelihood of confusion and irreparable harm.”

“In the context of this case, survey results may be particularly unreliable,” the judge wrote.

In pushing back against the injunction, PepsiCo contended that it would suffer “substantial rebranding costs, lost sales and harm to its goodwill.”

The judge’s response: “The Court also is unpersuaded that the harm facing Defendant is not of its own making.”

This week, Advertising Age reported that PepsiCo has decided to cut its losses and remove the word RISE and pivot to Mtn Dew Energy in advance of a Super Bowl campaign in February.

“All formula, flavors and marketing partners remain the same and we have full confidence that we will continue to deliver the same great product consumers have quickly grown to love,” the publication quoted a PepsiCo spokeswoman as saying.

How far that confidence extends beyond the walls of PepsiCo—which generated more than $70 billion in net revenue in 2020—is anyone’s guess.

Rise Brewing told the court it has spent more than $17.5 million promoting its brand, and that PepsiCo’s use of RISE has impaired Rise Brewing’s ability to raise additional capital from outside investors.

Meanwhile, PepsiCo is partnering with The Boston Beer Co. on an alcoholic version of Mtn Dew that will debut early next year.

Pushing boundaries is one thing. Steamrolling tiny competitors just because you think you can is quite another.