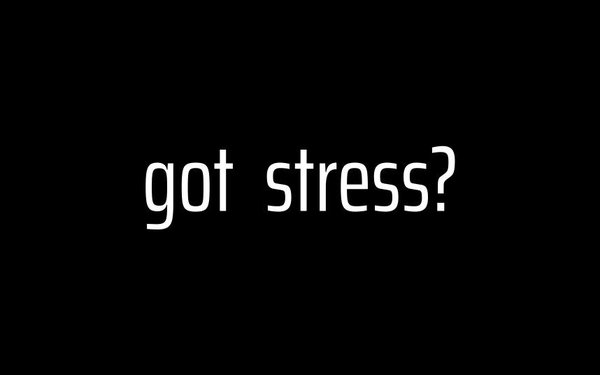 That made me think about how it is impacting ad executives -- both advertisers and agencies -- because aside from the direct effects on them as consumers, there is the indirect effect they may also have some moral dilemmas -- possibly guilt, and self-loathing -- from being the sources that underwrite it.

As I wrote two weeks ago, advertising represents 97.5% of Facebook’s revenues, and will serve as the economic engine that powers its transition to social dysfunction 2.0 -- you know, Meta’s verse.

And while I haven’t seen any recent studies examining this particular aspect of Madison Avenue’s mental health, I truly hope the industry is at the very least doing some soul-searching about it.

In the meantime, I did receive a study from natural language -- and ad copy -- optimizer Phrasee indicating that ad executives are feeling more anxious than ever before.

Not surprisingly, Phrasee focuses on the “stress” advertisers feel about the language they used to communicate with and engage consumers, so it’s a little self-serving. (It found that 68% feel more stressed about it than they did a year ago.)

But it made me think about what else ad execs are stressing about.

One thing they shouldn’t be feeling anxiety over is the recent spike in consumer price inflation. While it did hit a 30-year high in October, GroupM Business Intelligence Chief Brian Wieser says it so far is nothing to worry about -- and may in fact be a net positive, at least for he short run.

“Inflation is high, and likely helping contribute to advertising industry growth for now,” Wieser noted in the weekend edition of his “Global Marketing Monitor” newsletter.

“As we’ve written before, the impact of higher levels of inflation on advertising is generally positive,” Wieser explained, adding: "so long price increases coincide with higher levels of spending by consumers and commensurately higher revenues by producers, who tend to budget for advertising by allocating a fixed or semi-fixed percentage of revenue to advertising. This should be true at least so long as inflation does not cause meaningful friction in markets or otherwise deter consumers from making decisions to buy goods.

"As consumers continue to demonstrate a willingness to buy products at higher prices -- often substituting more expensive ones for less expensive ones, as we’ve seen with car purchases, for example -- meaningful friction is not evident as far as we can see, at least not yet.”

Of course, Wieser did not address the elephant in an inflated room that should cause some ad angst -- media ad-price inflation -- which ECI Media Management upward a full percentage point to a rate of 4.0% for 2021.

And while that is still is trending below the 6.2% U.S. consumers experienced in October, it should at least furrow some of Madison Avenue’s foreheads, because there is only so much cost that can be passed along to consumers.