How Madison Avenue Will Pay For The Metaverse 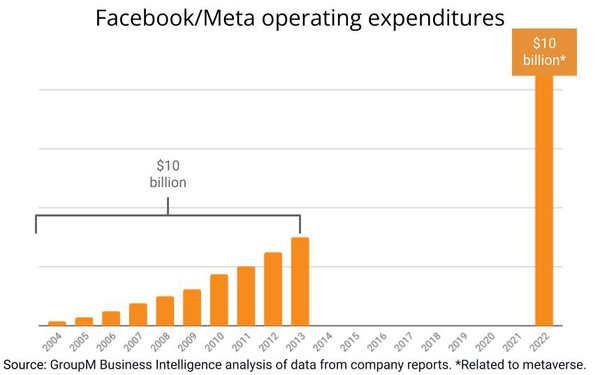 Now that we've all had a good laugh, it's time to get serious. No, I'm not talking about Halloween pranks, I'm talking about Facebook's transition to Meta and the vision Mark Zuckerberg presented for transforming it into the metaverse.

While comparisons with other failed virtual reality visions -- most notably Second Life -- were inevitable, there is something fundamentally different about Zuckerberg's commitment to it: time and money.

A lot has happened since Linden Labs launched Second Life in 2003, including Facebook, which launched in 2004.

One of the things Facebook has going for it that Linden Labs didn't is the ability to make a lot of money -- almost entirely from advertising -- and pump it back into capital expenditures to grow its business and dominate new and future markets.

To date, Meta has invested most of that in marketing to grow its global footprint, muscle its way into third-party apps eager to tap into it, and figure out ways to harvest and leverage consumer data to develop one of the most dominant advertising platforms the world has ever seen.

Now it's about to funnel much of those resources into transforming the world into a metaverse, pledging $10 billion annually into making it happen.

"To be sure, $10 billion can go a long way," GroupM Business Intelligence chief Brian Wieser quipped in this weekend's edition of his Global Marketing Monitor, noting, "It took Facebook almost ten years, through 2013 to spend that much in operating expenditures.

Wieser went on to note that Meta's commitment is about five times what its chief rival in the metaverse race -- online gaming platform Roblox -- is projected to spend in operating expenses this year.

"In other words, $10 billion is a significant amount of money, even for Meta/Facebook," Wieser continued, noting that neither of those platforms got into the billionaire boys club "without help from others."

In terms of Meta, the others have mainly been advertisers, which account for 97.5% of its revenue (the other 2.5%, interestingly, comes mainly from selling hardware like Oculus for people to onboard into VR), which makes the ad industry directly or indirectly responsible for whatever happens next.

This is not the first time I've raised the issue of Madison Avenue's culpability in the unintended consequences of the media it underwrites from its media buys.

And while I understand there is not singular collective consciousness overseeing the ethics of the ad biz -- not the Association of National Advertiser, not the World Federation of Advertisers, and not the American Advertising Federation -- at least the AAF has an affiliation with the Institute of Advertising Ethics, to think about and discuss the consequences of the actions the ad industry takes. Or doesn't.

In the case of Meta, it's not even clear whether the ad industry's big associations, or even its biggest advertisers or media-buying organizations can have much -- if any -- influence, anyway.

That's because Meta has more than 10 million advertisers -- many small and medium-size business, or direct-to-consumer advertisers that have no association with those associations, and likely aren't thinking about long-term, unintended consequences of where they place their advertising budgets. More likely, they are thinking about this quarter's sales, and next quarter's earnings.

In fact, a coordinated effort by big advertisers to put some pressure on Facebook to clean up its act by boycotting the social network in 2020 famously failed. Facebook's ad revenues rose at healthy double digits despite this.

The reality is that Madison Avenue has little sway over Meta, other than lip service, and it would take a truly massive move to have any real impact. But at least you have the ear of top people inside it.

I know some big agencies like GroupM and Interpublic's Mediabrands have been leaning into ethics lately, but I think it's important that the industry accelerate it, because the speed of technological evolution is happening faster than most of our historic institutions -- certainly our government's ability to regulate it -- especially when tech companies are pouring tens of billions of dollars into accelerating it.

Now I'm not necessarily predicting a dystopian outcome for Meta, but if its past is any kind of prologue, I for one am not looking forward to reading the next chapter. 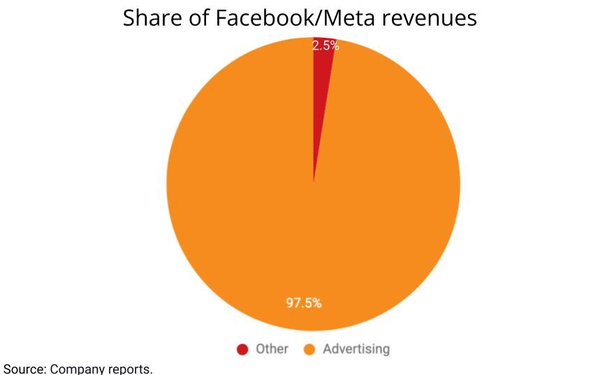