Visible Campaign Cuts The Family Drama Out Of Wireless Plans 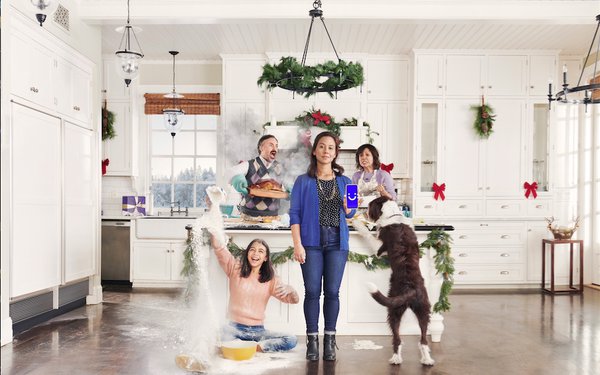 Ah, the holidays. A time for getting together with families -- and maybe renewing your money-saving wireless family plan.

The Madwell-created tongue-in-cheek ad, in :30 and :15 versions, features a young woman at a family holiday gathering confronted by general chaos and a relative asking if she’s still single. “Wireless family plans save you money, but then you have to deal with….family,” she says. “So I got Visible. Team up with friends and get unlimited data for as low as $25 a month. No family needed.”

The ad will run through year’s end on national broadcast TV and digital, with media handled by Zenith’s Verizon-dedicated VM1 unit.

Visible attributes the idea for the campaign directly to its CEO Angie Klein, who came on board six months ago.  “Angie often compares being single in wireless to facing the ‘pink tax,’ or the tax that means women's dry cleaning/razors/etc. costs more than men's,” says a company spokesperson. “Single people are penalized by all the major telcos by requiring those not in a family plan to spend more on their wireless.”

Visible says that around 30% of wireless consumers opt for single-line plans vs family plans.

The campaign’s target audience, said the spokesperson, is “not only today’s digital natives across millennials and Gen Z, but all of the generations that will come next, who will be digitally defined.”

While the new ad touts plans as low as $25 a month, Visible users can get service for just $5 a month for a year by bringing 12 friends on board. That offer was hyped earlier this year in the brand’s ”12 Degrees of Kevin Bacon” campaign.

Visible’s competitors in the prepaid mobile space include T-Mobile’s Mint and Metro, AT&T’s Cricket and Dish’s Boost. Another player, Tracfone, was bought by Verizon for $6.25 billion in 2020, two years after Visible’s launch.