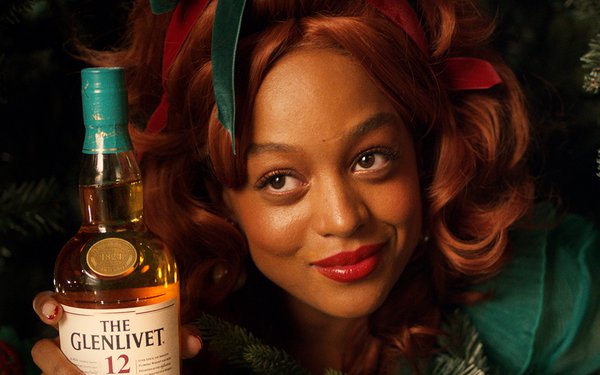 Supporting its holiday campaign, “Seize The Season. Seize The Glenlivet,” and supported by research showing Americans overwhelmed by the holidays, Glenlivet Single Malt Scotch Whisky is offering holiday Concierge services via a sweepstakes running through Dec. 14.

In Glenlivet’s September survey of 1,001 Americans 21+ conducted by Dynata, 58% of respondents reported being more excited about celebrating the holidays this year than last year, but 66% said they find holiday responsibilities overwhelming. And 71% said they would be interested in at least one service to make their holiday plans "more special and out of the ordinary," with holiday hosting (67%) and timely gift shopping (41%) most popular.

Two grand prizewinners will get to hand off their “naughty-or-nice” lists to Walsh, who will curate gift lists and take care of purchasing and delivery for up to $5,000 worth of “bespoke, perfectly wrapped presents. “

Two other winners will receive a bar cart filled with cocktail components, and 20 winners will get Old Fashioned cocktail kits.  All prizes will include a $100 gift card, which should buy a bottle or two of Glenlivet.

Glenlivet's 'Seize The Season' holiday ad campaign, from Crispin Porter Bogusky, London, is running through January 1. It includes :30 and :15 spots online and on connected TV, as well as social media, digital display, out-of-home and radio.

Meanwhile, Glenlivet’s parent company, the Paris-based Pernod Ricard, has just added a Chinese single-malt whiskey with a 10-year, $150 million investment to launch a brand called The Chuan. According to the South China Morning Post, The Chuan will debut in December with a limited edition of 100 casks, the first step in a “bet to convert [the] nation’s baijiu drinkers to whiskey.” International distribution is planned after the whiskey is available in bottles, the company’s Asia chairman Philippe Guettat told the paper.