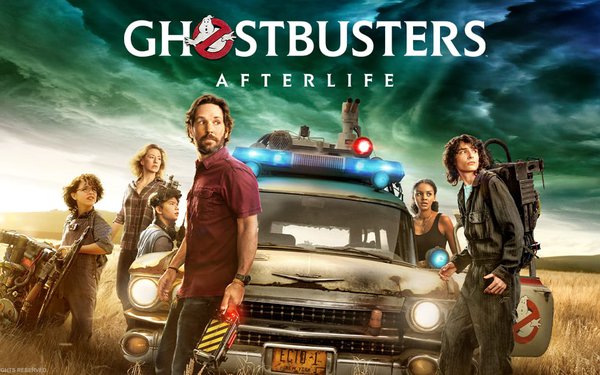 With another major movie scoring a hefty weekend opening -- Sony Pictures’ “Ghostbusters: AfterLife” -- the theatrical film industry continues to improve in terms of box-office revenue gains over the last four month of 2021.

Comscore says the “Ghostbusters” weekend opening averaged a healthy total of $44 million -- $10,197 per location for 4,315 locations.

Sony Pictures spent about half of its estimated $16.5 million in national TV advertising on “Ghostbusters” during the last two weeks before its debut for 2,836 airings, according to iSpot.tv.

The only other movie to debut this past week, Warner Bros. “King Richard,” pulled in an underwhelming $5.7 million. Versus “Ghostbusters,” Warner Bros. spent more on “King Richard” in national TV advertising -- an estimated $17.5 million -- over its entire campaign, according to iSpot.tv.

Sony’s continued effort to not offer simultaneous streaming release of its movies could have helped its strong theatrical push, according to analysts.

Warner Bros. aired “King Richard” -- the story of Richard Williams, who coached daughters Serena and Venus to be tennis champions -- on its HBO Max streaming platform at the same time as its theatrical debut.

Since the start of the pandemic, studios such as Warner Bros., Walt Disney, Paramount and Universal Pictures, have debuted films theatrically at the same time as on their new premium streaming platforms to boost those businesses.