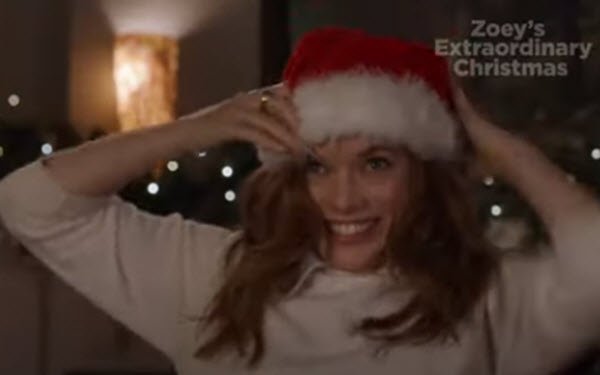 Roku, which doesn’t charge users to stream content over its Roku Channel, plans to develop 50 “ad-friendly” new shows for 18-to-49-year-olds between now and 2024, and is now taking pitches for scripted and unscripted shows.

The company, which has seen its stock slide for the past three months following its lowering of video-revenue projections, is looking to draw more advertising revenue through more original content.

The four-year-old Roku Channel, which had mostly featured content licensed from about 200 third-party media companies, began its shift in January, when it acquired the rights to more than 75 original short-form shows created for the short-lived Quibi streaming service.

Roku rebranded those as Roku Originals. It has also now produced its first own original movie, “Zoey’s Extraordinary Christmas” (above) to air on Dec. 1, and is developing its first non-Quibi show: a comedy series, “Children Ruin Everything,” with “Schitt’s Creek” creator Kurt Smeaton.

Roku said it will keep its production budgets in line with basic cable shows, which means that it will spend about $250,000 to $750,000 per unscripted episode and $500,000 to $5 million per scripted episode, according to The Wall Street Journal.

Roku, built on streaming devices now owned by about 155 million people, has been focusing on selling ads in the streaming apps it hosts and developing content partnerships.

It sells 100% of the ads on its Roku Channel, versus 30% on content viewed on other apps on its platform.

Roku is expected to earn nearly $1.3 billion in internally sold advertising through its platform business this year, and $2 billion in 2022, but it lowered its 2025 projection 24%, from $6.4 billion to $4.9 billion.

But Rob Holmes, its vice president of advertising, has noted that Roku has ample room for growth. It currently draws about 3.5 hours of viewing time per day per user, whereas the overall average for U.S. households is seven to eight hours per day.