The Season Begins: Holiday Window Treatments Include 'Alexa In a Pear Tree' 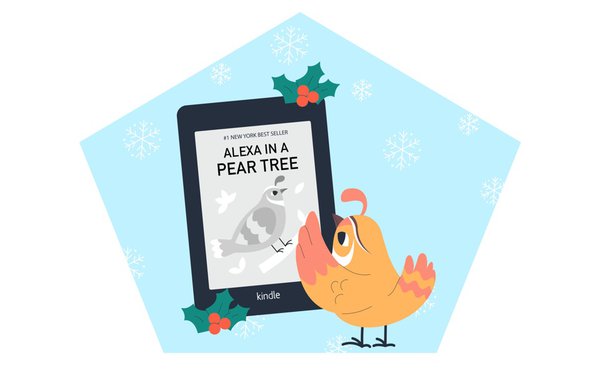 If there's one place ecommerce hasn't been able to compete with brick-and-mortar shops, it's the traditional holiday store window. Until now, that is.

In a first for the brand, Amazon's Alexa is getting her very own window treatment. Amazon claims it is the world's first “smart” holiday window, set to debut on Dec. 3 in New York City's Soho.

Called "Alexa in a Pear Tree," the interactive display–created with experiential agency New Moon–is scheduled to open to the public from Dec.3  through 12, from noon to 9 p.m.

The idea is that the installation puts a digital spin on classic holiday memory-making experiences. The Alexa-enabled window will show off 12 unique routines that users can copy at home, from "Alexa, turn on the tree lights" to "Alexa, when will the cookies be done?"

Each of the suggested routines gets its elaborate birdhouse and hangs from the tree. Drawing on inspiration from children's storybooks, Amazon says the effort is its attempt to join New York City's long tradition of magical windows.

Macy's, which started the window trend back in the 1870s, has estimated that about 10,000 people per hour typically stream by to view its windows. This year, the star will be Tiptoe, the not-so-confident flying reindeer who needs a little help from her B.E.L.I.E.V.E. machine.

At Bloomingdale's, windows this year are an explosion of color and nostalgia and its digital twist: A mini selfie-robot.

Saks is drawing on the minds of the local kids, asking members of the Madison Square Boys & Girls Club what they dream of doing with their loved ones this season. Windows reflect those dreams, including gaming, carnivals, candy and getaways.

Despite the number of COVID-19 cases creeping upward in New York City, tourists are returning to the Big Apple in a big way, following a crushing loss of revenue during 2020. In 2019, a record 66.6 million people visited, according to NYC & Company. That number dropped to 22.3 million last year. The total for 2021 is projected to rise to 36.1 million in 2021.