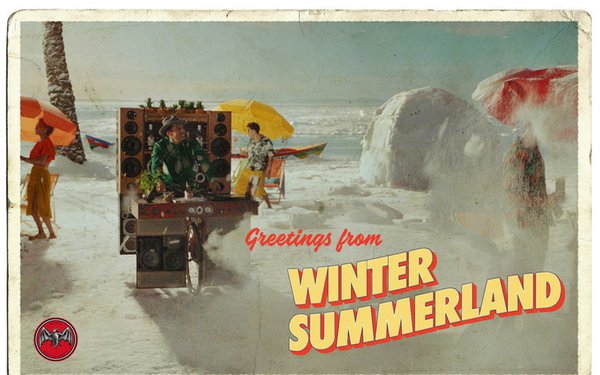 How about some “ho, ho, ho and a bottle of rum” this holiday season? Here are three rum-filled campaigns announced in the past few days, from Bacardi, Diageo’s Captain Morgan, and The Kraken.

The Caribbean focus will be reinforced with a Bacardi-branded Aviator Nation clothing line and the return of the brand’s limited-edition Bacardi Coquito, a cream-based coconut liqueur.

The Bacardi Coquito, said to be “reminiscent of eggnog on a tropical vacation,” is available in a 750 ml bottle ($19.99) from ReserveBar, Drizly and brick-and-mortar locations.

For those who prefer their rum spiced, Captain Morgan has enlisted actor Charles Melton (Reggie on The CW’s “Riverdale”) in a campaign against “shotface,” which the brand terms “a visceral reaction to a not-so-tasty shot of liquor that can manifest itself through an awkward wrinkle of the brow, a twist of the lips and scrunching of the nose.”

Another spiced rum, The Kraken, will turn Black Friday into a sort of Halloween treat this week with a “Pitch Black Friday” promotion that promises to take the day “even darker” by awarding eight hourly prizes starting at noon -- in exchange for “a sacrifice required for a chance to win.”