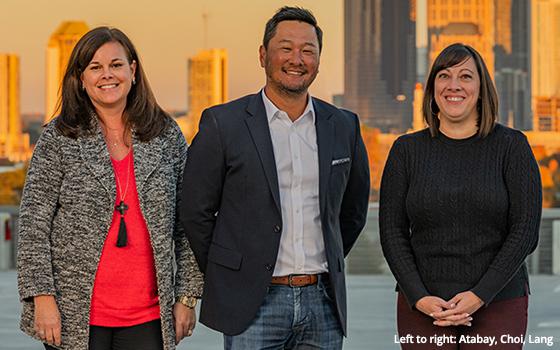 Cincinnati-based agency Empower is expanding to Atlanta with the opening of a 3,700-square-foot facility it’s calling a “culture center hub,” designed to foster collaboration within the agency and among its clients.

The expansion follows five years of double-digit revenue growth and the addition of clients in the area including Atlanta-based Newell Brands which joined the Empower client roster earlier this year.

Agency executives are thinking of developing future Hubs in Colorado, Texas and New England and possibly one in Canada as well.

The Atlanta market, FitzGerald added, “is a hotbed for diverse talent and is a good culture fit for Empower.”

The Atlanta space will open in second quarter of 2021. It’s located in the lively West Midtown area where people gravitate for happy hours, shopping and artisanal food experiences. Empower’s hub is located inside The Interlock development where the the Bellyard boutique hotel sits above Empower's space with a rooftop that includes a restaurant, bar, pool, and gathering space with a scenic view of the Atlanta skyline.

The agency identified three executives comprising the core leadership team in Atlanta including Thomas Choi who joins as senior vice president, head of strategy and planning who will be the managing director of Empower, Atlanta. He joins from Zenith where he was svp strategy and previously held senior roles at RPA, Spark Foundry and OMD.

Nicole Atabay, vice president, client leadership will lead accounts in Atlanta, including Newell which has two dozen brands including Mr. Coffee, Sunbeam and Rubbermaid. She’s also a Zenith alum (and worked with Choi there) where she was a vp media strategy and oversaw the Arby’s and Georgia-Pacific accounts.