Beauty Brand Laura Geller Invites Women To 'Get Old Together' 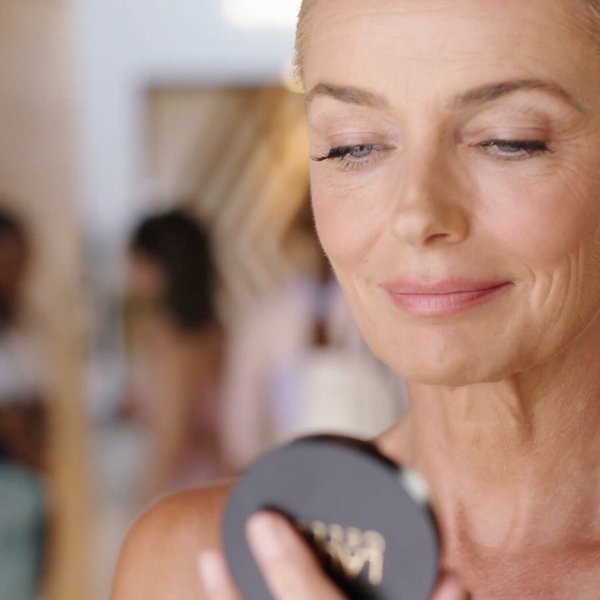 "Old" may be a word beauty marketers shun, but beauty brand Laura Geller is making it the star of a new marketing campaign, along with 56-year-old supermodel Paulina Porizkova.

The new ad, themed "Let's get old together," shows a sleek and relaxed Porizkova completely at ease among younger women, cementing the brand's commitment to women 40 and older.

The 24-year-old company has been challenging the industry's many euphemisms to describe "mature" skin, says Sara Mitzner, director of brand marketing for Laura Geller Beauty. "As we were playing with the negative and positive connotations of words that describe aging, we realized, what's so wrong with the word 'old?' Who gets to decide whether that's a good word or a bad one?"

That insight fueled the new campaign. "Older women associate so many positives with aging -- they're happier, competent and comfortable with themselves," she tells Marketing Daily. "They've got plenty of buying power and lots of experience."

The idea to reach out to Porizkova came from inside Laura Geller. Bacon & Eggs, the Los Angeles-based ad agency, created the spot.

The model has been outspoken against Botox and fillers and an advocate for healthy aging. And while this campaign is set to run through the holidays, the company is exploring ways to continue to work with her.

Mitzner says the new thinking started three years ago after AS Beauty bought the brand. "We wanted to take things from scratch and think harder about who our customers are and what we're really about."

Previous ownership had encouraged the company to chase the same younger consumers using the dewy-faced influencers most brands pursued. "We realized our core customer is over 40, and many are 55 and older. We just had to learn to do a better job with the customers we already had, understanding what products they liked best and how they used them," Mitzner adds.

The marketing shifts have also led to a more profound sense of what kind of women are attracted to the brand. "Many of them love gardening, for instance, and they are increasingly interested in clean-beauty products and sheet masks."

Previous efforts have featured actress Fran Drescher, and the brand had already committed to focus on women 40 and older in social media.

The 24-year-old brand built a following first on Geller's fame as a makeup artist, especially in New York's Broadway community, and later in sales through Ulta and Sephora. It's no longer sold in either of those stores, but continues its long relationship with QVC.

Besides tracking sales, the company is closely watching how well the brand awareness campaign builds engagement and traffic in its social channels, Mitzner says.