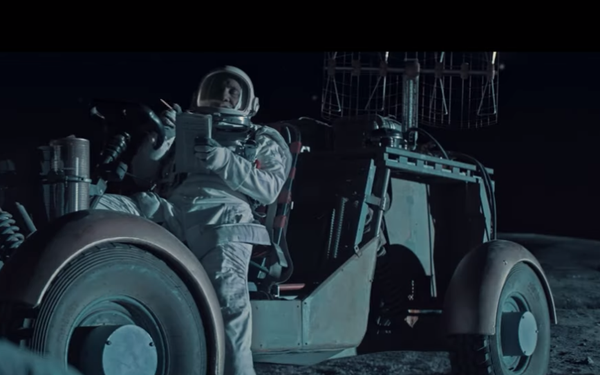 Even the job you dreamed of as a kid can get old after a while.

That’s the premise of this new ad from E*Trade featuring an old astronaut who’s bored silly by going to the moon. The ad, via MullenLowe, features a grizzled astronaut unmoved by the sight of earth from the moon. “Seen it,” the astronaut says, putting down a crossword. “Trust me, after 15 walks, it gets a little old.”

The astronaut then rues not saving for retirement: “Wish I’d invested when I had the chance,” he says. A caption then reads, “No one dreams of a late retirement.”

The message is a new one from E*Trade, which had formerly advised to “buy the dips” in a 2020 ad in which an auctioneer appears to accept bids for a bowl of French onion dip.

The tagline “The tools to take on the market,” replaces “Don’t get mad, get E*Trade and get more than just trading.”

The ad comes after a 2019 survey found that the average retirement account savings for U.S. households was $65,000 and 25% have no retirement savings. But that figure may be misleading since high earners have more than $600,000 more in retirement savings than lower earners.