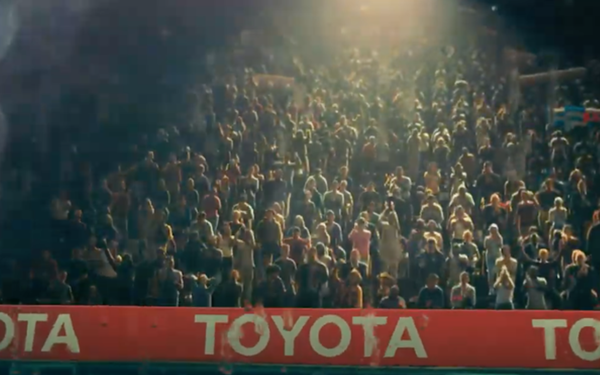 Toyota Motor North America is planning to return to the Super Bowl.

"We look forward to sharing additional details as we get closer to the Big Game," per an email from a spokesperson.

The 60-second spot from AOR Saatchi & Saatchi shared an uplifting message of hope, as well as a separate five-second “billboard” that encouraged people to think about the impact they have on those around them and follow Centers for Disease Control and Prevention  COVID-19 guidelines.

The automaker is the latest to announce its commitment to the expensive media buy and creative showcase event.

Nissan outlined its plans on Monday, saying it plans to run "a 60-second ‘comedy thriller’ created to celebrate the brand's newly completed product revitalization,” per a release.