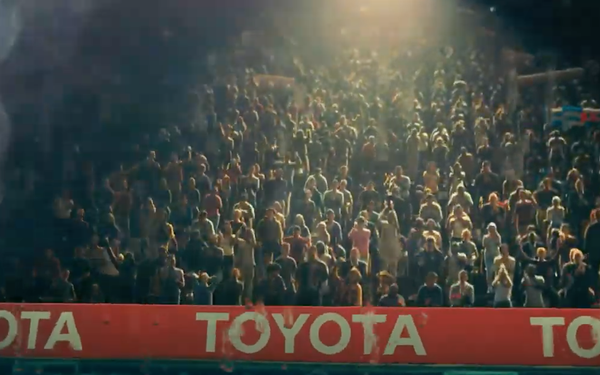 The 60-second spot from AOR Saatchi & Saatchi shares an uplifting message of hope, as well as a separate five-second “billboard” that encourages people to think about the impact they have on those around them and follow Centers for Disease Control and Prevention  COVID-19 guidelines.

“Upstream” features Long’s journey, which began when she was adopted by an American couple from a Russian orphanage.

Creative shows her swimming and reacting to milestone scenes from her life. Her parents (played by actors) receive the emotional call that they would be adopting a baby girl, but with the news that her legs would need to be amputated due to a rare condition.

The scenes following show a young swimmer depicting Long, hands on hips ready to compete, knowing she’s different from other children, yet remaining resilient. The spot continues with Long overcoming obstacles to become the second most-decorated Paralympian in U.S. history.

“’Upstream’ highlights Toyota’s mission to shine a light on athletes like Jessica who work tirelessly every day to pursue their passion and inspire people around the world to reach their full potential,” said Lisa Materazzo, group vice president, Toyota Marketing, Toyota Motor North America, in a release.

The spot will air in the first position (A) in the commercial break before the 2-minute warning in the second quarter.

It was created by Saatchi in partnership with Dentsu and directed by Tarsem Singh.