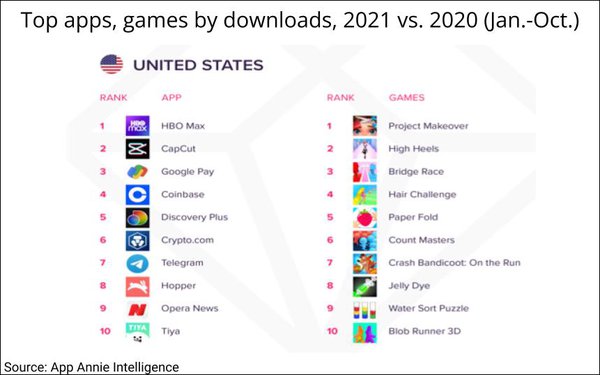 Despite predictions of a slowdown, the mobile app economy keeps growing — and entertainment apps are grabbing increasing shares of consumer time and dollars.

More than a third of non-gaming spending is now generated by entertainment and social apps, according to App Annie’s 2021 recap report, reflecting data through October.

WarnerMedia is no doubt tickled to see that within the entertainment category, its 18-month-old streamer, HBO Max, is No. 1 in the U.S. both by downloads (above) and time-spent (below).

Among the major streaming service players, only Discovery+ also made the top 10 by downloads in the U.S.

Worldwide, while YouTube leads by time spent, Disney+, HBO Max, and Disney+ Hotstar all made the top 10. 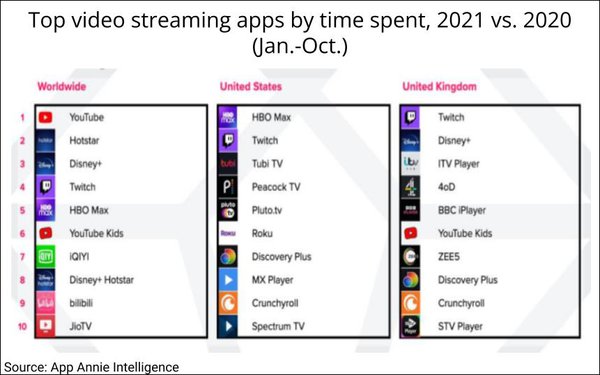 And while none of the big streamers owned by U.S. companies made the worldwide top 10 lists for either downloads or monthly active users, Disney+ and HBO Max did come in at No. 3 and No. 4 in worldwide consumer spend. 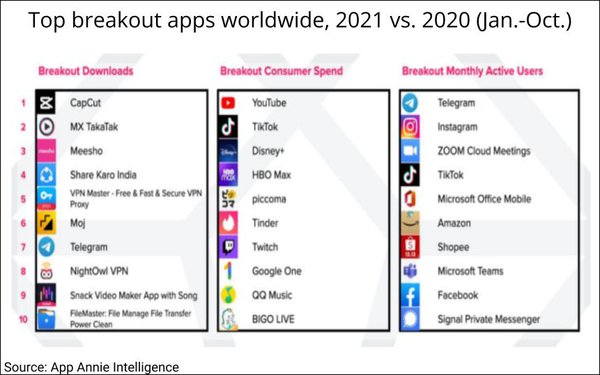 Looking at the big picture, global spend across the iOS and Google Play stores is projected to set another record, reaching $135 billion in 2021 — up by more than 20% from last year’s $112 billion.

As in previous years, iOS spending dominates: 65 cents of every app dollar is spent by Apple users.

Gamers spend the most on apps, contributing about 60% of iOS revenue and nearly 80% of Google Play revenue.