'Spider-Man: No Way Home' Slings To Third-Best Theatrical Opening Ever, With $253M 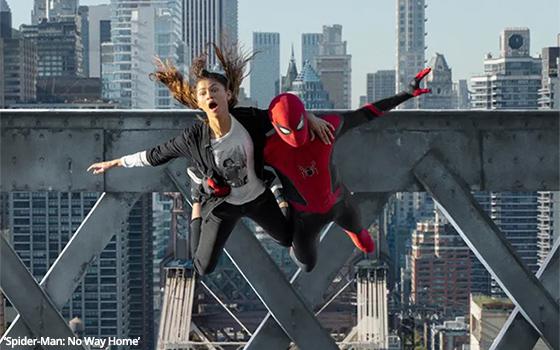 So much for rising concerns over the COVID-19 pandemic. Sony Pictures’ “Spider-Man: No Way Home” rocketed to a sky-high $253 million, according to Comscore, for its three-day North American opening weekend -- the third-highest of all time for any theatrical movie opening.

It was also the biggest movie opening in December.

Sony Pictures spent an estimated $14.9 million in national TV advertising on the movie, according to iSpot.tv, grabbing 1.32 billion impressions from 4,397 airings since August 24.

Internationally, the movie came in at $334.2 million, giving the film a total of $587 million in just its first five days.

For the most recent two-week period, “Alley” spent an estimated $10.8 million ($20.2 million for the entire run of its campaign), according to iSpot.tv.