Cancel 'Red, White & Blog' Ironically Among Most Read Of The Year 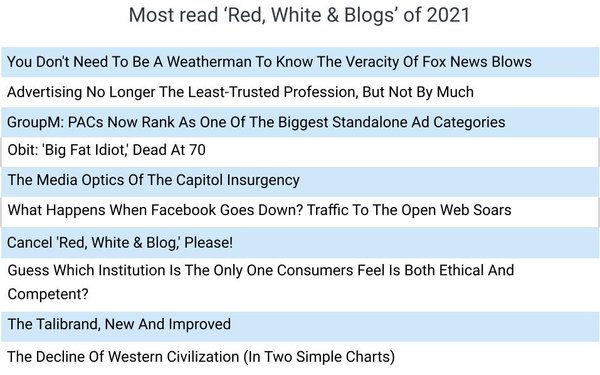 My May 19th dispatch, "Cancel 'Red, White & Blog,' Please," beseeching readers to do exactly that, ironically, was among the most-read of any columns posted in 2021. The post, which was inspired by a then just-released Pew Research Center study on the political biases of American "cancel culture," was intended to be tongue-in-cheek, but nonetheless was one of the most-commented on of the year.

But it was my May 12 column that preceded that, "You Don't Need To Be A Weatherman To Know The Veracity Of Fox News Blows," that was actually both the most read and most commented on of the year.

The second most read column was my Oct. 15 take on Ipsos research finding that ad pros ranked just ahead of government officials and politicians as the least trusted professions in both the U.S. and worldwide.

Other most-read columns of the year included my less-than-touching tribute to a "Big Fat Idiot," "The Media Optics Of The Capitol Insurgency," the "new-and-improved" "Talibrand," and my personal favorite, "The Decline Of Western Civilization (In Two Simple Charts)." 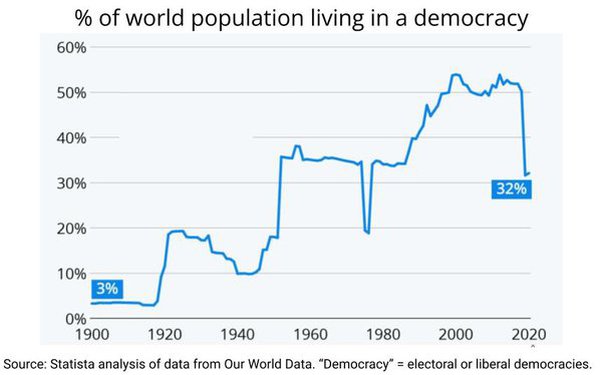 If you have not canceled your "Red, White & Blog" subscription, you can look forward to hopefully kinder, gentler posts in the new year. (Assuming our nation is, too.) 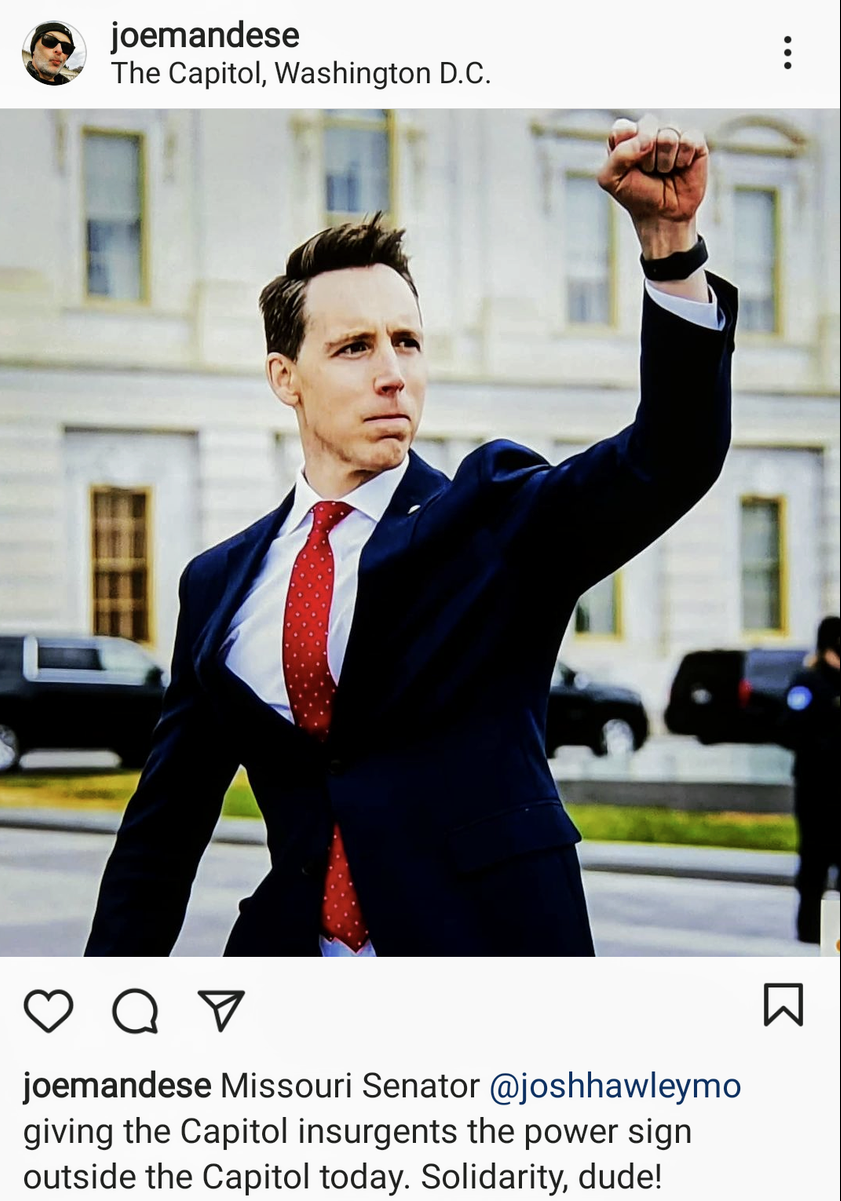