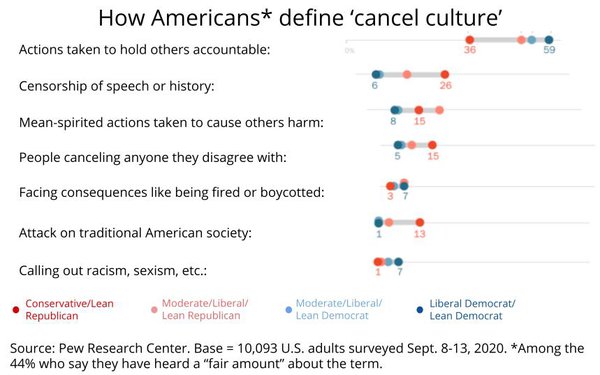 That's right, cancel this column, please. I only ask -- in part -- because I'm growing weary of the harangue of Fox News "media relations" execs kvetching when I express my personal views that advertisers are culpable in all the damage the network does because they provide the financial support for Fox News to do it.

Take the statement the Fox News media relations exec provided in response to our news story covering a diverse coalition's open letter to Madison Avenue to boycott the network: "Fox News is about to close out its fourth consecutive year delivering new records in advertising revenue, so clearly Media Matters’ predictable ongoing partisan attacks have zero impact outside of their irrelevant echo chamber on social media."

The statement reads, to me, almost like Fox News's sales organization is rubbing your faces in its marketplace dominance. Like they're saying, "Go ahead, we dare you."

Of course, I've been calling for advertisers to boycott Fox News long before this upfront, and probably from its inception, mainly because I believe that what it does is bad for America, and the world. And that the worst part is that while it may partially be a function of some corporate political ideology, it's fundamentally about profits.

The genius of late Fox News founder Roger Ailes, and of the management teams that continue to fulfill on his vision, is that he had a keen sense that there was a latent marketplace for alternative reality news programming catering to right-wing extremists.

Personally, I've always considered myself a "moderate," but if you had to squeeze me into one of the Pew Research Center's color codes above, I'd be in the light blue "moderate/liberal/leaning democratic one, even though I am not affiliated with any party.

I won't bore you with my personal politics, because I don't think they're especially relevant, even if some of you think you know what they are. My ongoing campaign against Fox News has less to do with any political point of view than it has to do with the role it plays in destabilizing American society by exploiting the differences among us. Especially now.

It was one thing to do it in the early Newt Gingrich-era of Fox News' exploitation of partisan divide, but more recently, after we've been attacked by both foreign and domestic forces using it to radicalize militant extremists, well, I don't think that is very brand-safe for any marketer to be associated with. Much less American.

Or as Ted Koppel said during his 2017 interview with Fox News prime-time star Sean Hannity, Fox/he are "bad for America," because they are "very good at what you do and because you have attracted a people who are determined that ideology is more important than facts."

Or substitute Fox News' current prime-time star, Tucker Carlson, if you want. It's the same point. Fox News and its highest-rated personalities are pandering to people who believe in an alternative reality because it supports and reinforces their idealogical beliefs. Sadly, I'm convinced after talking to, debating and tweeting many of them, I don't even think some of them buy into the ideological part. It's more of a culture war for them, or like some savage team sport.

It's the same motive Omnicom's Sparks & Honey unit believes has driven many Americans to become QAnon conspiracists -- not because they necessarily believe the wacko theories -- but because it reinforces some cultural need they have. Or they're simply bored and are looking to it as a form of diversionary entertainment.

Now it's one thing for that kind of wanton recklessness to propagate "organically" -- or with an assist from anonymous hostile actors -- on social media, but it's quite another thing for it to be pushed by America's "most watched" news network.

The impetus for this column was receiving an advance look at the Pew Research Center's analysis of Americans' views on "cancel culture" -- and not surprisingly, the report reveals there are some marked political aspects to that too (see chart above or read it in its entirety here).

Whatever term you want to use, I've been calling on Madison Avenue to cancel their ad buys on Fox News for years, not for political, ideological, or even cultural reasons. I've been doing it because I believe it is dangerous and that advertisers are providing the economic impetus to sustain it.

But let me end by reciting the fabled quote of a big New York retailer, who when he was being pitched by Fox Corp. chief Rupert Murdoch to buy ads in his New York Post newspaper in the 80s, famously quipped, "But Rupert, your readers are our shoplifters."