My Most-Read Posts Of The Past Three Seconds -- Er, I Mean Year 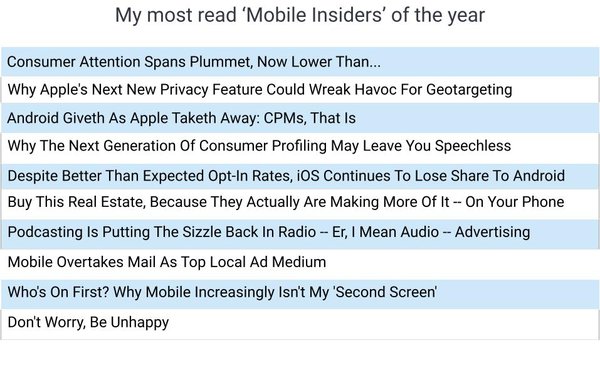 My Feb. 4, 2021 post about mobile consumer attention spans falling to three seconds or less was -- ironically -- the most read "Mobile Insider" of the year, though I can't say for how long the average MediaPost subscriber actually read it.

Several other of the most-read were commentaries about the rollout of Apple's privacy framework and its impact on opt-ins, iOS vs. Android shares of market, and advertising CPMs, too.

The July 22, 2021 Mobile Insider featuring a review on the implications of Joe Turow's new book, "The Voice Catchers," was one of the most-read and shared, as well.

“When I started writing [it] about four years ago, the technology for voice profiling was rather nascent,” Turow told me, adding, “Now marketers use it regularly in customer contact centers, and they are beginning to use it, or talking about using it, in places as varied as smart speakers, cars, the walls of new homes, hotel rooms, stores, and schools.”

He concluded that while the full impact of the technology may not be understood for some time, it was likely to spawn a new cottage industry he described as a "new form of net-neutrality worry.

"Ad executives I interviewed worry that Amazon and Google are deciding the brands that their smart speakers mention when people ask about products," he said. "Some ad execs also expressed annoyance that Amazon and Google do not allow them to analyze the speech or voices of people who talk to the companies’ apps in Echo and Nest smart speakers.  Large agencies have created research teams and labs to confront what leaders see as a long-term existential issue.” 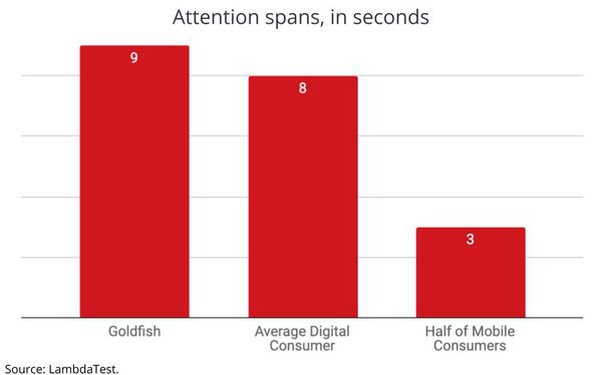