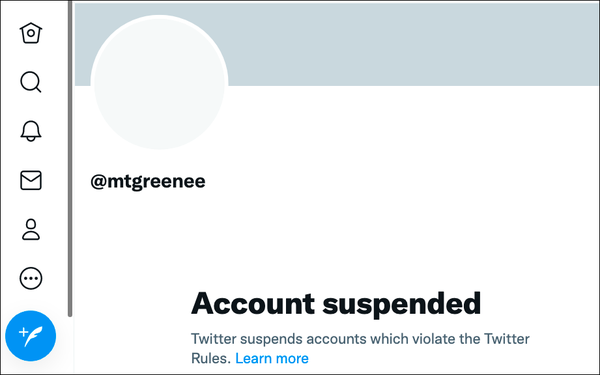 The personal account suspension went into effect after a post on New Year's Day in which she included a misleading graph purporting to show deaths related to COVID-19 vaccines.

Greene has a long history of supporting QAnon and various baseless conspiracy theories, including questioning the reality of school shootings and whether a plane actually hit the Pentagon on 9/11. In June, she compared pandemic mask and vaccination requirements to the Nazis' Holocaust killings.

Last February, the House of Representatives voted 230-199 (including 11 Republicans joining the Democrats) to strip her of her committee assignments for her remarks supporting threats of violence against Democrats.

After the ban, Greene released a statement calling Twitter "an enemy to America."