Is Tanqueray Fancy? No, It's 'Damn Fancy' In New Digital Ad Campaign 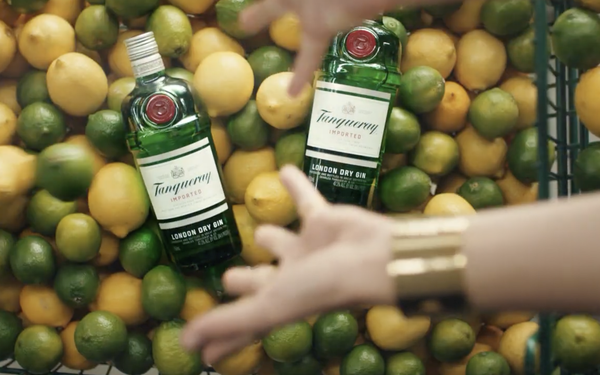 On Wednesday, for the seventh time in nine years, the Diageo brand was named best-selling and buzziest gin in Drinks International’s “Brands Report,” based on a survey of 106 bars around the world.

“Tanqueray was found to be among the top-two gins in bars in 41% of cases, and in almost a half it was in the medal positions,” reported Hamish Smith. “Gin is the number one spirit in the world’s best bars, so this equates to big volumes.”

The “Damn Fancy campaign, meanwhile,” consists of three :15 Instagram spots from Anomaly NYC, each featuring a woman whose unusual behavior is first questioned as “Fancy?” and then answered as being “No, Damn Fancy, Tanqueray.”

In one spot, a woman surprises a man by smashing down a bag of ice to make cocktails. “Some wait for the perfect moment. Others, darling, create one,” says a voiceover.

In another spot, a woman dresses up to entertain two friends. The voiceover says, “Going all out. Just to stay in.”

In the third spot, a woman dressed to the nines rolls her shopping cart through a supermarket picking up ingredients  to the line “Throwing a party because you just dreamed up a signature cocktail.”

“’Damn Fancy” can be described as brave, bold, and confident,” said a spokesperson, “luring consumers to look at the world through a different lens and find new and fresh ways to celebrate our “fancy.”