Facebook Must Face Some Antitrust Claims By Advertisers And Users 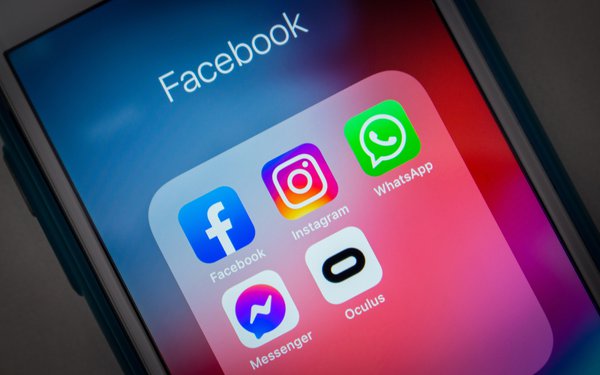 In a 110-page ruling, U.S. Circuit Judge Lucy Koh in San Jose, California said consumers could proceed with a claim that Facebook (now named Meta) acquired and kept monopoly power in the “social network” and “social media” markets by misrepresenting its privacy practices.

Koh also ruled that advertisers could proceed with allegations that Facebook acquired and preserved monopoly power in the “social advertising market” by forging a deal with Google.

She dismissed three other claims against Facebook, but said that consumers and advertisers could attempt to reformulate those claims and bring them again.

The decision stemmed from a series of lawsuits filed against Facebook dating to 2020.

The first of those cases was brought in December 2020 by Vermont resident Maximilian Klein and Illinois resident Sarah Grabert, who alleged that Facebook grew in popularity after deceiving consumers about its privacy policy, then “weaponized” consumer data in order to acquire potential rivals like social media service Instagram (acquired for $1 billion in 2012) and messaging service WhatsApp (bought for $19 billion in 2014).

Their case, which was later consolidated with other antitrust lawsuits by consumers, included allegations regarding numerous well-publicized privacy debacles -- ranging from Facebook's 2007 “Beacon” program (which told users about their friends' online purchases) to the 2018 revelations about political consultancy Cambridge Analytica (which harvested data from up to 87 million Facebook users).

Facebook argued to Koh that the claims should be dismissed at an early stage for numerous reasons -- including that the alleged deception about privacy practices occurred too long ago to be actionable now.

The users “advance an implausible rewrite of history,” Facebook wrote, adding that antitrust claims are subject to a four-year statute of limitations.

Koh rejected that argument, noting that the consumers alleged that Facebook made two false statements about privacy in the four years preceding the lawsuit's filing.

Specifically, the consumers alleged that Facebook said in a 2017 Securities and Exchange Commission filing that third parties are only provided with “limited information.”

The consumers also alleged that in 2018, Facebook CEO Mark Zuckerberg publicly described Cambridge Analytica's data-harvesting as a “mistake” and promised to take action against “rogue apps.”

“Consumers have alleged with sufficient particularity that these representations were 'clearly false'," Koh wrote Friday. “Facebook’s 2017 statement ... would have given reasonable users the impression that Facebook was not providing third party applications with private information. To the contrary, the Cambridge Analytica scandal revealed that Facebook had provided users’ private information to numerous third party applications, including applications for which users were not registered.”

Several advertisers separately sued Facebook for allegedly monopolizing the market for “social advertising,” and then charging “supracompetitive prices for social advertisements to thousands of people and businesses.”

The advertisers' initial complaint in that case came soon after the Federal Trade Commission and 48 attorneys general brought antitrust lawsuits against Facebook.

Among other allegations, the advertisers said Facebook maintained monopoly power through an agreement with Google, which involved the two companies agreeing to avoid each other's market. (State attorneys general have made similar claims in a separate antitrust lawsuit against Google.)

Koh said the advertisers could proceed with that claim.

Both the advertisers and consumers also alleged that Facebook maintained monopoly power through a “copy, acquire, kill” strategy -- which was outlined in a House Judiciary subcommittee Democratic staff report.

That report said Facebook used its “data advantage” to identify competitors, and then “acquire, copy, or kill” them.

The advertisers and consumers claimed Facebook's purchases of Instagram were examples of that strategy.

Koh dismissed claims related to those purchases, ruling they were barred by the four-year statute of limitations.

A Meta spokesperson said Koh's decision “recognizes many of the defects in the complaints filed against Meta.”

The spokesperson added: “We will continue to vigorously defend our company while investing to create better experiences for the people and businesses who use our services.”