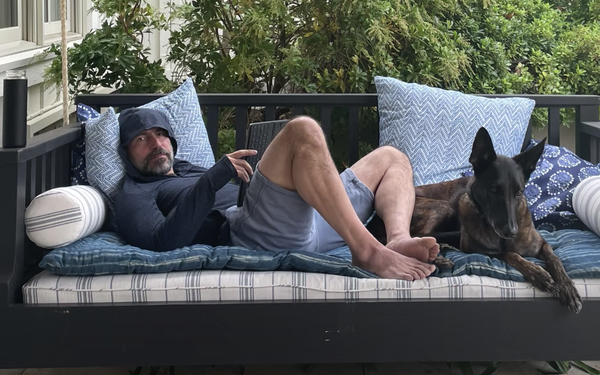 Uber Chief Executive Officer Dara Khosrowshahi took to social media  to apologize for how its commercials are causing some dogs to overreact.

The Uber Eats spots he is referencing feature the sound of doorbells, which prompt some dogs to react as though their own home’s alert system is going off.

The spots are part of the “Tonight, I’ll be eating” series of Uber Eats spots where celebrities tell viewers what they will be eating tonight thanks to the delivery service. The latest executions feature Elton John and Lil Nas X.

One such irritated consumer, Caroline Hall, complained on Twitter: “If NBC plays this Uber Eats commercial one more time my dog is going to break down our front door. Doorbell rings in commercials should be illegal.”

In the apology video, Khosrowshahi says that “it was never our intention to stress out your pups, I sincerely apologize.”

As of press time, the video has been viewed nearly 36,000 times on Twitter since it was posted on Friday and just under a thousand times on YouTube.

Khosrowshahi  also revealed that the brand is joining the #BettyWhiteChallenge by donating $50,000 to ASPCA to make grants to local shelters.

The challenge prompts fans of the late actress to donate to local animal shelters in honor of what would have been her 100th birthday today. White, who died Dec. 31, was a longtime advocate for animals.

Also as part of the mea culpa, the company offered a $10 discount on pet supplies purchased on the app. But the discount code hit its maximum number of uses on Jan. 16, per a comment on the YouTube and Twitter postings of the video from Khosrowshahi. It was originally set to expire May 17.