Out With The Ox, In With The Tiger As Panda Express Gamifies Lunar New Year 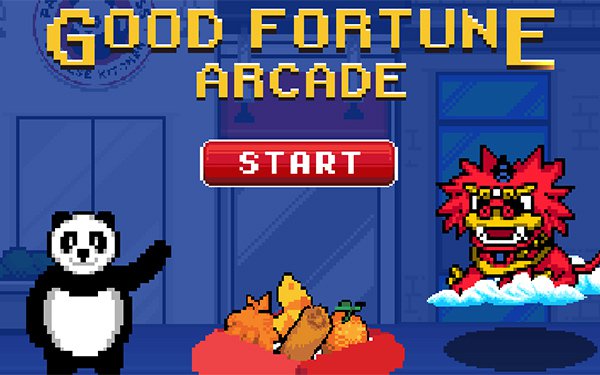 The Good Fortune Arcade offers a modern way of telling the Lunar New Year story. In the game, Nian, the monster behind the holiday’s origin, has stolen the players’ lucky foods. In each level, players work to collect those dishes while dodging obstacles along the way. (One such obstacle are oxen, which signify the Year of the Ox that we are leaving. In 2022, we enter the year of the Tiger.)

After each completed level, players will unlock a fortune card — inspired by each of Panda’s signature lucky dishes, Chow Mein, Egg Rolls, Honey Walnut Shrimp and Orange Chicken — containing a discount code for online ordering only on PandaExpress.com or the Panda Express app through Feb. 28.

Gaming and lifestyle influencers — including Chrissy Costanza, Kristopher London, Jesser and Angel Laketa Moore — have partnered with Panda Express to play and promote Good Fortune Arcade on their own social channels.

On celebration day, guests can once again receive lucky red envelopes with the gift of limited-time Family Meal promotions and good fortune cards (the same unlocked in the game).