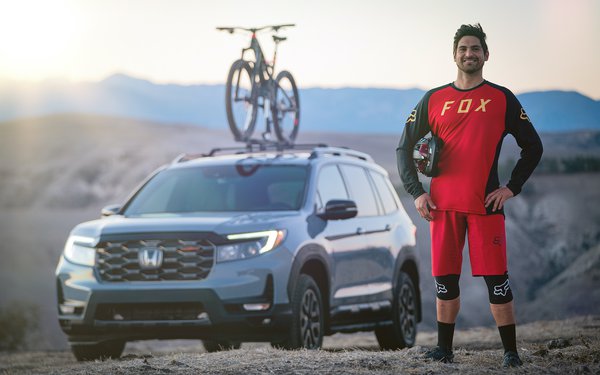 To continue this momentum, Honda partnered with agency partner RPA and Hispanic AOR Orcí for new work which focuses on the rugged capabilities of the  Honda SUV lineup, powersports products, and motorsports activities.

It will be featured during NBA and NHL games, as well as during the 2022 Winter Games in select markets. It will also be featured on streaming services, such as Hulu, NBC Universal, Prime Video and CBS Sports, and on digital properties, including an interactive experience on Amazon Fire TV, as well as Twitch, ESPN, GumGum, Spotify, Vox, Tripadvisor and Expedia.

A Mandarin language version of the spot aims to reach the Chinese audience in major markets.

“Always a New Goal” from Orci introduces viewers to the rugged new design of the adventure-ready 2022 Passport TrailSport SUV via completely different creative from the general market spot -- not simply a Spanish overdub.

The media buy for that spot includes streaming services such as Hulu, Univision, Telemundo, Discovery, NBCU and ESPN Deportes. It will also run in select regional TV markets during the Super Bowl in February.