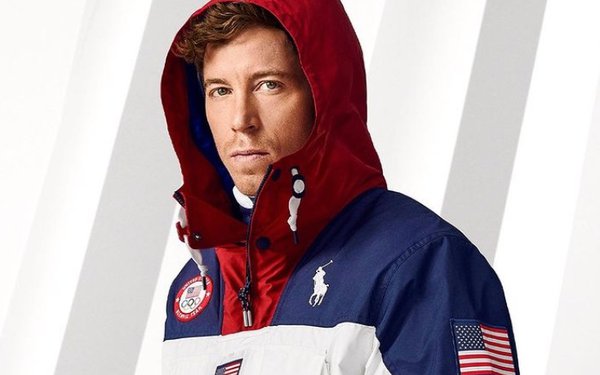 With the Beijing 2022 Olympic Winter Games so close, Americans should be up to their ski boots in the sports schmaltz we love. Heartwarming athlete backstories. Podium glory. A compelling urge to brush up on all the luges, triple lutzes and McTwists we hope to see.

But this Olympics is cursed with its own kind of B.O. COVID-19 is part of it, of course, limiting spectators and travel and causing the entire National Hockey League to opt out.

But the growing political cloud created by China's human-rights record and repression of the Uyghurs that America has called "ongoing genocide" has put brands in an almost impossible bind.

"Brands can't be seen as either too pro-democracy or too pro-China, or run the great risk of offending someone," says Tim Calkins, a clinical professor of marketing at Northwestern University's Kellogg School of Management. "Even if they focus on a single athlete and then that athlete chooses to make some kind of a statement, that's a risk too."

This is the kind of risk management advertisers have not expected. "Companies signed up for this Olympics years ago," he points out.

And while doing nothing seems safest -- and indeed, sponsor Coca-Cola is reportedly choosing not to run a campaign during the event -- it is also a risk. "The Olympics is still a strong brand," Calkins tells Marketing Daily. "I think we'll see a lot of companies celebrating competition itself."

While the games have considerable cultural relevance for American viewers -- especially with the virus keeping so many people home on the couch -- NBCUniversal is said to be preparing advertisers for steep ratings declines. (NBC has paid $7.75 billion for the right to air the next six Olympic Games, running through 2032.)

Others think that American viewers are ready for some Team USA fever despite the rising tensions and the U.S.' diplomatic boycott.

"Those athletes are still going to go out there and perform at the highest level," says Adam Holt, senior vice president of sales and partnerships with FanAI, a sponsorship attribution company that analyzes brands' investments in sports marketing. "That’s a positive for a brand. And consumers understand that athletes have done nothing wrong -- they're just trying for that once-in-a-lifetime opportunity to win a gold medal."

Holt says FanAI’s research has found that the longer the relationship a company has with an athlete, the more effective it is. "So this is still a big opportunity to leverage accordingly."

Estimating the ROI for an Olympic investment, said to cost as much as $300 million for a four-year cycle, is difficult in this "unprecedented" situation. "They have a tough slog," Holt tells Marketing Daily. "They won't get the level of exposure they initially expected, so all they can do is make the best of a bad situation."

Even the apparel brands that dress the athletes have been low-key about their collections, including Ralph Lauren, Nike and Columbia Sportwear.

But because brands on the fringes have either dropped out or reduced some of their spend, they've given up some advertising inventory, Holt says. And that's making room for brands to advertise for less and strike deals with athletes.

Politics aside, he says, "there's always an appetite for these events." Besides the already-beloved athletes, like snowboarder Sean White, "there's always some star who just appears and captures the attention of everybody. These personalities can draw the world's attention, if only for a short time."

An analysis from LG Ads Solutions shows that brands don't have to advertise during the actual games to reach fans. "Brands can target Olympic fans based on event viewership (overall or specific sports) and continue to target those households once the games are over, spreading campaign dollars across a month instead of two weeks," it reports.

"Through CTV, advertisers can not only target Olympics viewers but also fans of individual Olympic events. Of the top 10 programs watched by Olympics viewers, the top six across the broadcast networks and the top five programs across cable were all sporting events or sports news programming, meaning brands should consider a broader sports targeting strategy."