The Botanist Steps Up For Bars And Restaurants During Super Bowl 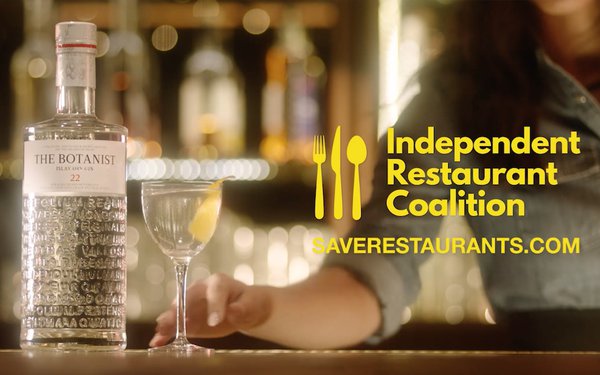 Two years into the pandemic, “the bars and restaurants we all love still need our help,” declares a :12 social media teaserfrom The Botanist Islay Dry Gin that previews the 11-year-old brand’s first commercial ever: a :30 spot set to debut during the Super Bowl in 17 markets. The spot will also break nationally on Sunday via an ad buy on YouTube, Facebook, Instagram and Twitter.

The Botanist itself, which previously partnered with the IRC last spring on a program designed to drive traffic to bars and restaurants for safe gatherings, notes that more than 90,000 restaurants and bars have closed since the start of COVID, with 500,000 still being impacted by the pandemic.

The commercial, which features real-life bar and restaurant staff, is titled “The Spirit of Community,” with McLernon explaining to Marketing Daily that “Our community is those on Islay [Scotland], our home, but it is also all of those who pour The Botanist and who have supported us since we first distilled The Botanist on Islay.”

The aim of the campaign, McLernon said, is for “consumers to visit saverestaurants.com to learn how they can take action to support the independent bars and restaurants that have always been there for all of us."

How much action is needed?

“The IRC originally asked for $120 billion of relief for bars and restaurants given the scale of the crisis,” McLernon said, adding that “$28.6 billion was passed as part of the Restaurant Revitalization Fund. When that money ran out, over $48 billion was left in unfunded grants. This is the bare minimum of relief that the IRC is seeking.”

The Botanist’s commercial and teaser were produced by Blacksmith & Jones, a film company behind last year’s “The Water of Life,” a feature documentary about Scotch whiskey. “This creative was a labor of love by dozens of fantastic individuals and integrated agency teams,” McLernon added.