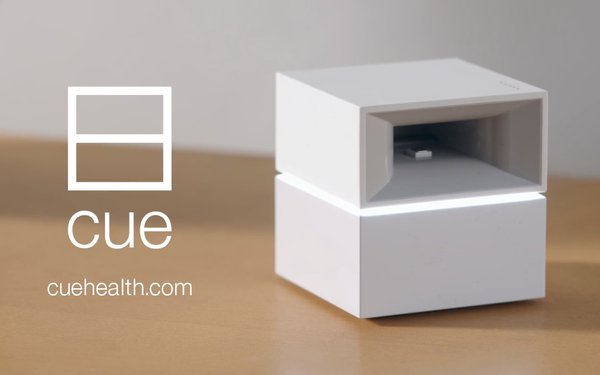 The scenario starts out a little too close to reality to be much fun: When a cute kid can’t have a playdate because a pal tested positive, mom quickly gives him a home COVID-19 test using the Cue device.

Things warm up considerably when all the other devices in the house, including a nervous nannycam and an insecure Roomba, try to figure out if this new device plans to take over their territory. Ultimately, the Cue device wins acceptance from the family thermostat, just as the kid gets his happy “negative” notice via Bluetooth.

Doner LA created the ad. A spokesperson tells Marketing Daily that it’s scheduled to run in the second half of the game.

The ad focuses on the device’s ability to run a lab-quality COVID-19 test, with results available in just 20 minutes. Cue is the first molecular diagnostic test approved by the FDA for at-home and over-the-counter use. With a 97.8% accuracy rate, it partners with major organizations, including Johns Hopkins Medicine, the Mayo Clinic, Google and the NBA.

The company, founded in 2010, has much bigger plans. It intends to introduce additional testing compatible with the Cue reader for respiratory health (including influenza, RSV, and strep throat), sexual health (such as for chlamydia and gonorrhea), and cardiac and metabolic health, measuring cholesterol and HbA1c, for tracking glucose levels.