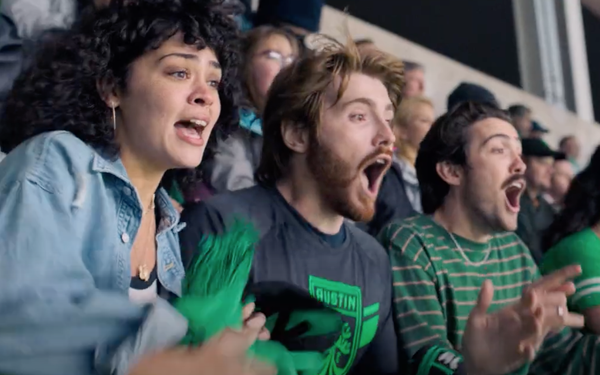 Everything is bigger in Texas, including the size of its tourism marketing budget.

Travel Texas is unveiling a national campaign centered on the rallying cry, “Get Your Own Trip to Texas.” The campaign, supported by a $30 million media buy, aims to break the typical mold of state tourism advertising.

The campaign effort is in line with historical campaigns for the brand, says Tim Fennell, tourism director, Travel Texas.

“We temporarily scaled back our efforts in 2020 and 2021 due to the COVID-19 pandemic, but our new 2022 campaign signifies a return to form as we continue to inspire travel throughout the state of Texas,” Fennell tells Marketing Daily.

The group's last major campaign was in 2019, when it rebranded with a new tagline of "Let's Texas.” Proof Advertising, which has had the account since 2017, created the campaign.

Creative captures moments from over 20 different locations in Texas and puts them together in ways that show the variety Texas has to offer. Just when viewers think they are watching a “typical” tourism commercial, the actor breaks the fourth wall and proclaims that this is their trip to Texas and urges the viewer to “Go get their own.”

The campaign features four 30-second spots that will run online and on digital/connected TV. One spot features millennials watching live music, eating Southwestern food and attending a soccer game, while another spot shows a family visiting a museum and stadium, and enjoying the outdoors.  A third spot shows two millennial couples surfing and eating BBQ, while the fourth spot features another family.

National print, digital and social assets debut throughout February, with all creative driving consumers to the Get Your Own Trip to Texas custom Trip Builder which will also live on TravelTexas.com.

The media plan leverages personalization targeting. Print ads use online data and are inserted into relevant subscribers’ issues, and streaming audio ads will dynamically change based on listener’s behaviors.

Overall, the effort is expected to drive 1.8 billion impressions of paid media support.

Part of the reason the efforts cast such a wide net is to ensure Texas remains top of mind as a premier travel destination, whether viewers are ready to travel now, in the near future or in the extended future, he adds.

The campaign doesn't mention COVID-19 and doesn't show actors wearing masks, but it’s an accurate portrayal of Texas, which does not have a mask mandate, Christian says.

“We worked to show a responsible travel mindset with smaller group sizes -- often depicting families or small groups of friends -- and we leaned into the variety of outdoor experiences that Texas has to offer,” he says.“Texas is wide open for travel and exploration, and because our campaign will run for an extended period of time, we are focused on inspiring future travel, no matter when people are ready to visit Texas.”