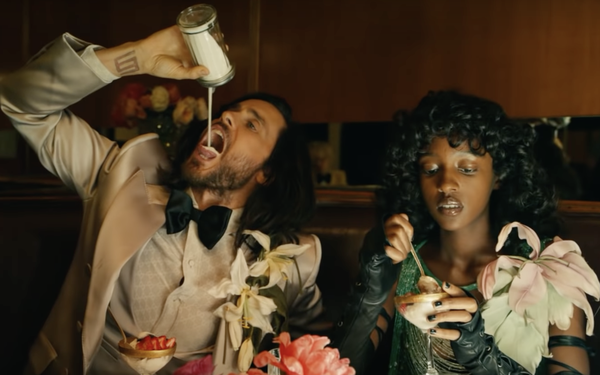 Gucci attempts to channel the bacchanalia of the Velvet Underground in the late 1960s in this ad featuring Jared Leto, Miley Cyrus and Snoop Dogg, among others.

The ad features the song “Venus in Furs,” off the Lou Reed-led group’s first album.  The title is based on a novel that features themes like female dominance and sadomasochism, all of which make it a slightly transgressive addition to Gucci’s ads.

Gucci has toyed with similar ideas before. A 2021 spring campaign featured a photo of a man licking a woman’s high-heeled-clad foot while holding Sigmund Freud’s "Three Contributions to the Theory of Sex." In 2003, the brand featured an ad that showed a Gucci logo shaved in a woman’s pubic hair.

Visuals in the latest ad include scenes of decadence, like a man eating sugar out of a pourer, a woman in lingerie being held aloft by a crowd,and two women who appear to be about to kiss.

The ad comes as French luxury group Kering, the owner of Gucci, recently told analysts that it expects to deliver growth this year after record revenues in 2021. Gucci celebrated its 100th birthday last year and Gucci recently collaborated with animator Superplastic to  create non-fungible tokens.