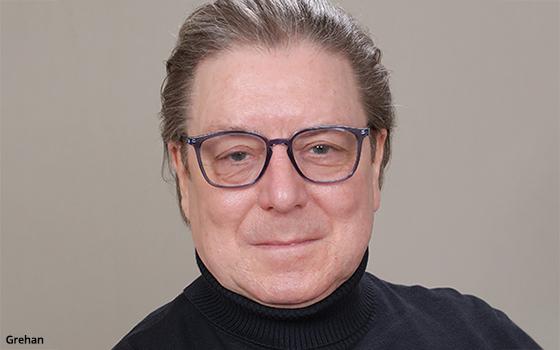 NP Digital on Monday will announce the appointment of Mike Grehan to senior vice president of corporate communications. Grehan joins the company from Acronym, where he served as CMO and managing director.

Some have called Grehan a visionary. Others think of him as a search guru. As a teenager, he just wanted to play music in a band.

Grehan’s father owned a successful nightclub with business partner Mike Jeffery in Newcastle upon Tyne in England. The business, Club A Gogo, started as a jazz club, but transitioned to blues. Club A Gogo is where many well-known musicians including Muddy Waters and Buddy Guy performed. The house band, The Animals, played there for years.

Jeffery eventually went on to manage The Animals until the group split in 1966. Chas Chandler, the group's bassist, remained with Jeffery and went on to become a record producer, but not until meeting one of the most influential artists in rock history. While in New York, Grehan said, Chandler was asked by Keith Richards' girlfriend to listen to a guitarist named Jimi James at a club.

After hearing James perform, Chandler convinced him to take him on as his manager and come back to the U.K. with him. Since there was another musician named Jimmy James from the UK, Jimi went back to his real name Hendrix and became Jimi Hendrix.

Grehan remained in the music industry for years before making his way into advertising and search.

He worked as a nightclub disc jockey, amateur radio DJ, broadcaster for the BBC, and then transitioned to independent radio. He built the radio show to become one of the most popular in the U.K., he said.

“I got to interview every major rock star in the world,” he said. “Many of them I met back in the day when I was young because they played at my father’s nightclub.”

While working in radio, he became interested in advertising. He did thousands of voiceovers for radio and television, which led to writing the script and then into the ad-agency world.

Grehan went back to university to get a marketing degree.

Fast-forward to 1995, Grehan worked as head of public relations for an agency. It was there that he met a young man who built HTML web pages, not websites. Grehan fell in love with the idea of internet marketing and created a consulting business in the U.K.

“People called me a visionary, but I thought, what an idiot,” Grehan said. “In 1995, no one needed an internet marketing consultancy. We couldn’t convince people they needed a website, but trying to explain how email worked was interesting.”

He spent most of his time buying and registering domain names, and setting up the email service for the company.

Around 1997, Grehan said, the company began to build one-page websites, and gradually took off with the ability to add images.

By the end of the year, many search engines emerged. The job then became building the websites and registering them with the search engines so they could be found while searching.

“I started to study search engines and how they worked, and realized that meta tags and the text on the pages was important,” he said. “It wasn’t just about the keywords anymore. Links became important.”

He began to study information retrieval and the science behind search. Twenty years ago, he published a book called Search Engine Marketing, the Essential Best Practice Guide.

“I always looked at the science behind search, not SEO,” he said. “I never liked the term SEO (search engine optimization). In all my years in the business I’ve never known anyone who optimized a search engine, so why do we call it this?”

The major change to come, Grehan said, will be 5G. "People think 5G is just about faster internet speeds. It will actually transform the way marketers produce content and the way people interact with content," he said. "Yes, you might search Google to find the answer to the question, but the content experience might occur outside of the browser by having access to the mobile phone’s camera and microphone."

When asked to cite the best piece of business advice someone gave him, Grehan said sometimes being first isn’t the most important thing, because it’s too early for the industry to accept it.