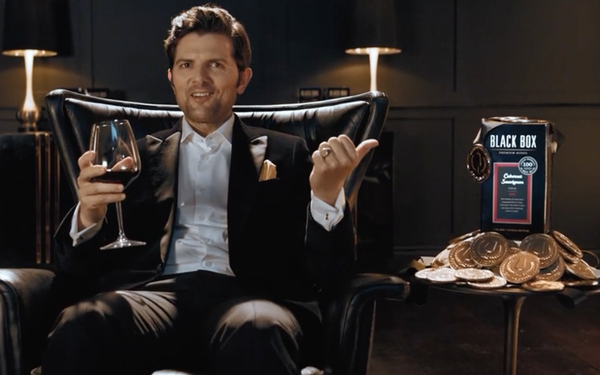 In the ad, via RTO+P, Scott presents himself as a sophisticated yet approachable role model. “You’re asking yourself ‘Can I be savvy too?’” he says. “Answer yourself yes. Then enjoy a premium pour of Black Box.”

Scott, who slides down a ladder in what looks like his study, presents himself as a variation on old wine spokesman role models (like Orson Welles, who did ads for Gallo in the late 1970s and early 1980s). While Welles seemed a somewhat professorial pitchman, here Scott is a puppy dog, looking to amuse you and win you over.

Scott is Black Box’s first spokesman and gets good marks from his co-stars for being humble and down-to-earth.