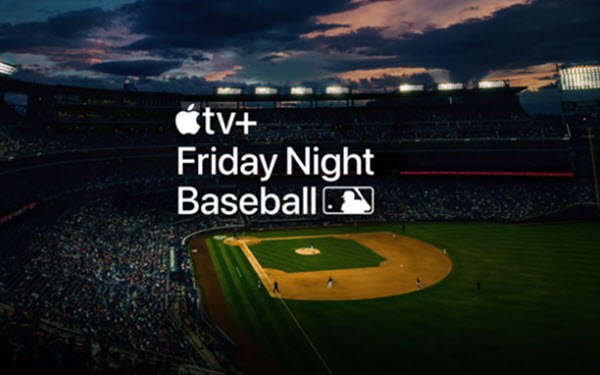 The “Friday Night Baseball” programming--accessible without local broadcast restrictions via all devices that carry the Apple TV+ -- will also include live pre- and post-game shows.

In addition, in the U.S., Apple TV+ will stream “MLB Big Inning,” a live show featuring highlights, every weeknight during the regular season.

Fans in the U.S. and Canada will also have access to a new 24/7 livestream with MLB game replays, news and analysis, highlights, classic games, and on-demand programming including highlights and MLB-themed original content.

Looking to leverage the programming to attract new subscribers, Apple TV+ will make it available to non-subscribers “for a limited time.”

In addition to the U.S. and Canada, “Friday Night Baseball” will be available on Apple TV+ in Australia, Brazil, Japan, Mexico, Puerto Rico, South Korea, and the U.K.

Apple says it plans to expand the programming to more countries at a later date.

Apple and MLB said they will also offer enhanced league and team coverage, including highlights video, on Apple News.