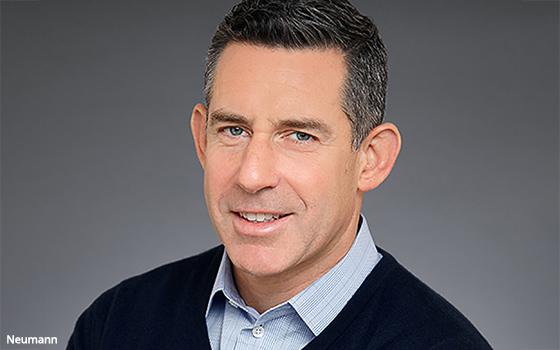 “Never say never,” CFO Spence Neumann noted in part when asked whether Netflix’s thinking about such a move has changed given the growing number of competitors — now including Disney+ — offering an ad-supported video-on-demand (AVOD) tier.

“It’s not like we have religion against advertising,” he said, speaking at a Morgan Stanley Technology, Media & Telecom Conference. “We’re focused on optimizing for long-term revenue, big profit pools. And we want to do it in a way that is a great experience for our members. So we lean into consumer experience, consumer choice and what's great for our creators and storytellers.”

If at some point Netflix determines that an AVOD offering would fit that model, “then great, but that's not something that's in our plans right now,” Neumann added. “We think we have a great model in the subscription business” that scales globally, driving Netflix’s annual revenue to $30 billion, versus $20 billion two years ago. While it’s hard for Netflix to ignore that others are offering AVOD, and learning from it, that currently “doesn’t make sense for us,” he said.

In the past, Netflix executives, including co-founder/co-CEO Reed Hastings, have cited the increasing complexities and risks of gathering and using consumer data for advertising purposes, among other reasons, for eschewing the AVOD route.

Asked about Netflix’s decision to cease content production and streaming service in Russia following Russia’s invasion of Ukraine, Neumann said the “real human suffering” is the most important consideration.

But he added that in addition to “the moral overlay,” Russia represents under 1% of Netflix revenue, and operating in the country has become “just too difficult” given “increasing sanctions, challenges with payment issues and overlaying what's already a pretty complex regulatory market.”

Probed about Netflix’s recent quarters’ slowdowns in subscription growth and positioning given the increasingly competitive streaming ecosystem, Neumann again stressed the strength of the long-term global, subscription-based model. Netflix’s stock dropped about 20% after it missed its subscriber-add target in Q4 and projected that it would add just 2.5 million subs in Q1 2020.

“We're focused on growing revenue, growing profits, growing [positive free] cash flow, and that's about driving not just membership, but in driving and increasing engagement” to enable value-based pricing increases over time, he said. That requires aggressive investment in content — including local content — and continual improvement of personalization, discovery and other aspects of the user experience, he added.

While more than 90% of member growth has come from outside the U.S./Canadian market in recent quarters, “UCAN” still represented the largest volume growth market in Q4 2021, adding 1.2 million of the total global net paid subs increase of 8.3 million, Neumann noted. That was despite a rare price increase in the basic service, and seasonal fluctuations caused by having dropped free-trial offers.

The service has a U.S. penetration rate of 60%, and is now only about in the middle of its projected U.S. total of between 60 million and 90 million, and believes there’s still ample room to grow in the market, he said. Netflix has an industry-low churn rate, and is profitable in North America despite a slowing growth rate, he said.

If that 60% penetration is used for global projections, Netflix’s membership will easily reach about a half-billion, he said. The company obviously aims to achieve profitability in all regions, and views the UCAN scenario as a “leading indicator” for the business, Neumann said.

Netflix still accounts for under 10% of viewing on TV sets, and has yet to penetrate about 700 million broadband households outside of China, he pointed out. It has low penetration in much of APAC and EMEA, and is only a “bit more mature” in Latin America.

“So on all those metrics, we feel like we're still early days,” Neumann concluded.