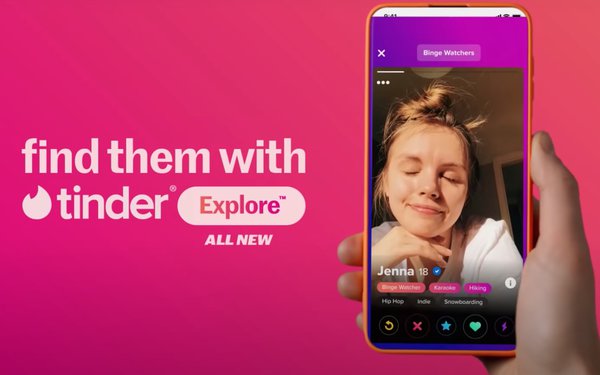 In a big step toward safer dating -- and a nod to the power of Netflix programming -- Tinder is adding a $2.50 background check option to its popular dating app.

The announcement comes from Match, Tinder's parent. It makes no mention of "The Tinder Swindler," Netflix's terrifying true-crime story of a violent, abusive, well, Tinder swindler. But it's hard not to link the announcement to the show's current popularity.

"It's been a long time coming," says Mark Brooks, CEO of Courtland Brooks, which consults with online dating apps. "Background checks have been in the works for years. But records haven't always been up to date, and there are gaps in databases."

He points out that back in 2011, Match.com agreed to screen users to weed out sex offenders as part of a legal settlement. And while it did so, it didn't make that information public.

Brooks tells Marketing Daily that's likely for two reasons. "First, that might give people a false sense of security. The most dangerous person is the one who hasn't been caught yet."

Second, he says, it's unnerving to users who simply hadn't yet wondered if the date they just set up is with a scammer, a sex offender or an ax murderer. Visible background checks can "make people think, 'Hold on! I didn't think I'd need to do something like this!’"

After watching the Netflix documentary, he admits he and his wife, who also works in the industry, "were completely blown away. It did the dating industry a favor, in some ways. We want people to proceed with caution, following basic safety rules -- make sure first dates are in public places, don't offer too much information, make sure someone knows where you are."

Brooks is a consultant to RealMe, a competitor to Garbo that helps detect fake dating profiles.

As part of the launch, Tinder says it will offer two free background check searches to each user. And it says all costs go directly to Garbo to fund operations.

Garbo is a nonprofit founded in 2018 by a survivor of domestic violence. Last year, Match said it had made "a significant contribution."

Match is also partnering with the National Domestic Violence Hotline.

For now, Garbo is only available on Tinder. But Match, which also owns OkCupid, Hinge, PlentyOfFish and Our Time, says it will soon roll it out to additional sites.

"We have a positive outlook on the online dating industry, which is benefiting from secular growth driven by supportive demographic tailwinds, technological advances, and fading stigma," writes Benjamin Black, an analyst who covers Match for Deutsche Bank, in a recent note. Deutsche has just initiated coverage of the company and rates it with a "Buy" recommendation.

He believes the market will reach about $11 billion by 2025 and that Match's Tinder can continue to achieve 10% payer growth over the next four years.

"The velocity of Tinder's product innovation has increased meaningfully over the last two years, which should further increase payer growth from here," he says.

And the relaxation of pandemic restrictions "could unlock meaningful pent-up demand, thus providing a more near-term catalyst to growth."