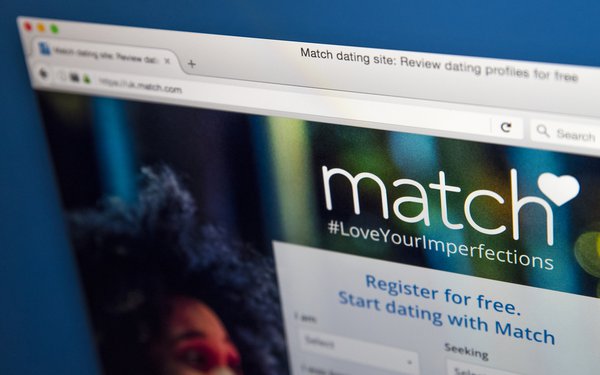 Largely siding with online dating service Match.com, a federal judge has thrown out Federal Trade Commission claims that the company exposed some users to the risk of fraud by allowing them to be contacted by suspected scammers, and that it duped potential subscribers by sending them email ads that promoted fraudulent profiles.

But U.S. District Court Ed Kinkeade also ruled that the FTC could pursue claims that Match.com allegedly failed to offer a simple way to cancel subscriptions, and that the company deceived subscribers by promising them a free six-month membership if they didn't "meet someone special.”

The decision grew out of a lawsuit filed by the FTC in 2019, when it alleged that between 2013 and mid-2018, 25% to 30% of people who registered at Match.com were fraudsters who used the service for “romance scams,” phishing, promoting illegal products and blackmail (which involved convincing people to send videos or photos, then threatening to send them to people's friends or families).

The agency also alleged that Match.com sent deceptive email ads to people who had used the site, but had not yet signed up for paid subscriptions. Those emails told recipients that they had caught the attention of other members, and invited the recipients to purchase subscriptions in order to communicate with the members referenced in the ads.

Often, the profiles referenced in the ads had already been flagged for potential fraud, according to the FTC.

Some ad recipients who purchased Match.com subscriptions after receiving those ads were exposed to scammers, according to the FTC. In other situations, the new subscribers were told that the messages referenced in the ads were unavailable.

The agency added that Match.com's analysis found that between June 2016 and May 2018, almost 500,000 people purchased subscriptions within 24 hours of receiving an ad that promoted a fraudulent profile.

A Match spokesperson said when the lawsuit was brought that the FTC misrepresented internal emails and “relied on cherry-picked data to make outrageous claims.”

Match argued in court that Section 230 of the Communications Decency Act protected it from liability for claims stemming from fraudulent profiles. That law immunizes web companies from lawsuits over content created by users.

The FTC countered that its complaint focused on Match's marketing decisions to flag the fraudulent profiles, as opposed to the profiles themselves.

“The FTC is challenging only Match’s own conduct -- knowingly using third-party content to generate its own deceptive ads to induce consumer purchases,” the agency argued in court papers filed in November of 2019.

Kinkeade disagreed with the FTC on that point, writing that allegations regarding phony profiles centered on content created by users.

“Without the communication from a fraudulent or flagged account, there can be no harm to any consumer,” he wrote in a decision issued Thursday.

The FTC declined to comment on the decision, or say whether it plans to appeal.

The judge allowed the FTC to proceed with two claims, including that the dating site violated the Restore Online Shoppers Confidence Act by failing to enable subscribers to easily cancel memberships, which were renewed automatically.

The ruling also allowed the agency to pursue a claim that Match.com promised potential subscribers a free six-month membership if they didn't "meet someone special," but failed to clearly disclose that people would have to fulfill additional requirements -- including messaging five different subscribers per month, and posting a public profile with a Match-approved photo.