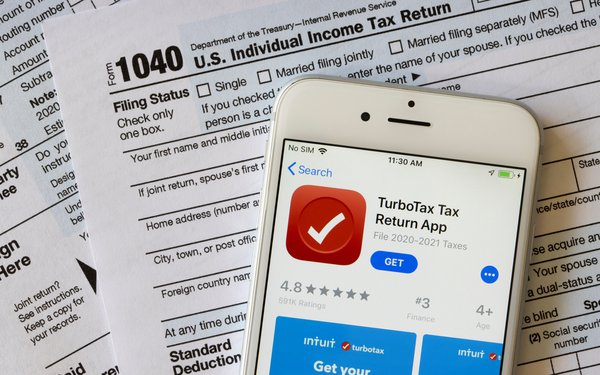 Intuit dupes consumers by claiming in ads on television, YouTube and other social media services that TurboTax online tax preparation software is "free," when in actuality the no-cost version is only available in limited circumstances, the Federal Trade Commission says in a new lawsuit.

“Much of Intuit's advertising for TurboTax conveys the message that consumers can file their taxes for free using TurboTax, even going so far as to air commercials in which almost every word spoken is 'free,'” the FTC alleges in a complaint filed Monday in U.S. District Court in San Jose, California.

“In truth, TurboTax is only free for some users, based on the tax forms they need. For many others, Intuit tells them, after they have invested time and effort gathering and inputting into TurboTax their sensitive personal and financial information to prepare their tax returns, that they cannot continue for free; they will need to upgrade to a paid TurboTax service to complete and file their taxes," the agency writes.

The FTC specifically alleges that TurboTax is only free for users who have "simple" tax returns -- which Intuit defines as returns that can be filed using only a 1040A or 1040EZ form.

Intuit's ads say in a disclaimer that free filing is only available for simple returns, but that disclaimer is in fine print and only appears in commercials for “a few seconds," according to the FTC.

The FTC points in its complaint to ads in which the word “free” was repeated 40 times in 30 seconds.

The agency also says many of the low-income and middle-income customers who paid for TurboTax would have been eligible for  free software through the Internal Revenue Service's “Free File” program.

Until last year Intuit participated in that program, which provided free tax filing software to people whose income did not exceed a cap. (The IRS's cap in 2021 was $72,000, but participating companies could set lower caps.)

The FTC claims Intuit used search marketing strategies to divert people who were looking for the IRS “Free File” program to a paid TurboTax program.

For the tax year 2018, Intuit “hid its free file landing page from search engines for approximately five months during the peak of tax season,” the FTC alleges.

Intuit also bid on search terms associated with the IRS Free File program, in order to direct web users to paid versions of TurboTax, according to the complaint.

During the tax year 2018, “Intuit directed consumers towards the website for the 'freemium' and paid versions of TurboTax when consumers searched for the Free File version of TurboTax by its exact name: Turbo Tax Free File Program,” the FTC writes.

“Far from steering taxpayers away from free tax preparation offerings, our free advertising campaigns have led to more Americans filing their taxes for free than ever before and have been central to raising awareness of free tax prep,” McLean stated.

McLean added: “While it is disappointing that the FTC chose to file this lawsuit, we look forward to presenting the facts in court and are confident in the merits of our position.”

The FTC is seeking a temporary restraining order that would prohibit Intuit from misrepresenting the cost of TurboTax.

U.S. District Court Judge Edward Davila has scheduled the matter for a hearing on April 14.