Kardashians Back In The Spotlight This Month On Hulu 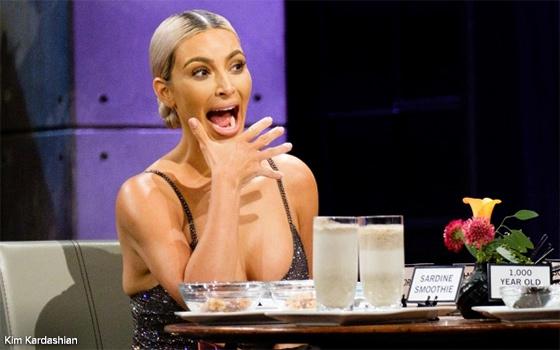 The Kardashian clan returns to TV April 14 on Hulu less than a year after they departed last June from E!, their long-time home.

In the wake of their long good-bye last spring and then the filming of this new continuation series starting up about a minute after that, it is reasonable to ask: Are the Kardashians addicted to TV?

The answer: Maybe … and maybe not.

Judging from the publicity that has been coming out of Disney-owned Hulu the last few weeks, the new show will not be all that different in its theme and intent than the last one.

“The family you know and love is here with a brand-new series, giving an all-access pass into their lives,” says a description from Hulu p.r.

“Kris, Kourtney, Kim, Khloé, Kendall and Kylie bring the cameras back to give truth to their stories. From the intense pressures of running billion-dollar businesses to the hilarious joys of playtime and school drop-offs, this series brings viewers into the fold with a rivetingly honest story of love & life in the spotlight,” Hulu's p.r. team says.

Reading this, I have several reactions. First, as a writer, I try and avoid creating awkward adverbs like “rivetingly.” Others should too. Plus, why use an ampersand in “love & life”? Was “and” unavailable?

As for the text of this synopsis, I have no firsthand experience of the pressures of running a billion-dollar business, but I wish I did.

Summaries of some of the first episodes of “The Kardashians” provided by Hulu give further clues to what's in store, starting with Episode One, which for no apparent reason uses the f-word in its title: “Burn Them All to the F*cking Ground.”

Despite that title, the episode's description gives no hint of an insurrection led by angry Kardashians. Instead, the synopsis mostly promises an episode of good, clean family fun.

“The cameras are back and rolling with everyone's favorite family,” Hulu enthuses. “They are navigating through their new normal: motherhood, relationships and career goals.

“[But] as the family celebrates new ventures, a video from the past resurfaces and threatens to open old wounds.”

Oh my. Perhaps this video is the spark that ignites the family's desire to burn something down, although this response strikes the TV Blog as extreme.

The synopsis for the show could have just said something like "'The Kardashians’ is just like the family's former show in every way. There is no difference whatsoever."

The Kardashians’ willingness to let the reality show go on, so to speak, indicates an unwillingness on their part to just let go, leading one to pose the addiction question asked above.

Some might say that the development deal they made with Disney in 2020 was simply too generous to pass up.

But as the description for their new show clearly states, they are already billionaires by this point, some of them singly and all of them collectively.

So why stay on TV unless they simply cannot bear the thought of living their lives without camera crews in their homes?

As is always the case with these Kardashian TV Blogs, clichéd comments and questions are inevitable. Comments commonly include decrying their longevity and influence in the popular culture. Questions include: Why are they still here?

The reason might be that the empire they have built is impervious to criticism, by TV bloggers or anyone else.

Photo courtesy of CBS and “The Late Late Show with James Corden.”