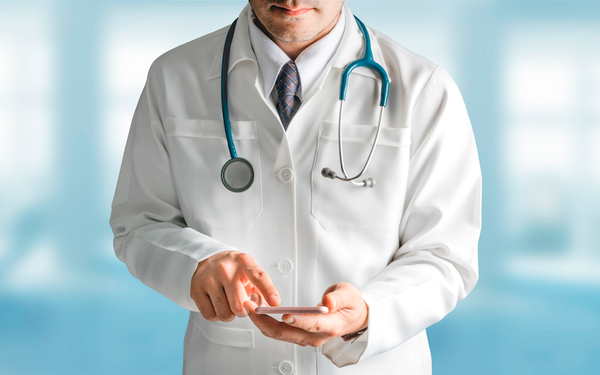 In January, Instagram pulled an ad from online mental health start-up Cerebral that linked obesity to ADHD: “Those who live by impulse, eat by impulse,” the ad stated, showing a woman surrounded by junk food.

After Forbes called out the ad (and then NBC News, seeing it resurface on TikTok) -- which stated that treating ADHD could help patients “stop overeating” -- Instagram and TikTok banned it for promoting harmful body image and misleading health claims.

Cerebral, which provides online “expert help for your emotional health," continued to run misleading ads on Facebook for weeks until Meta finally stepped in. Afterward, Cerebral attributed its blunder to the workings of an “outside agency.”

Over the past two years, we’ve all become familiar with the worst of it: the disastrous spread of misinformation surrounding untested vaccine-alternatives for COVID-19 in Facebook groups and TikTok videos.

On Monday, CU Boulder Today interviewed Erin Willis, an associate professor of advertising, public relations, and media design at the University of Colorado, who published a recent paper studying the pros and cons of patient influencers.

Willis says that there’s a new trend in which drug makers are contacting patients directly to represent their products. Paid partnerships are being facilitated by companies like WEGO health, which connects patient influencers to healthcare companies.

These aren’t celebrities -- who would likely attract immediate attention from the FDA -- but “micro-influencers” who share endorsements with condition-specific support groups and a social media following.

The Federal Trade Commision (FTC) requires patient influencers to use #ad or #sponcon to signify whether they’re being paid, and the FDA (and the American Medical Association) have posted rules and guidelines for what should and shouldn’t be posted on social media. But Willis says these guidelines are difficult to enforce.

According to Willis, it seems that the most effective form of regulation happens in the comments sections, where an entire community of voices can publicly share their personal experiences with whatever advice or drug an influencer is suggesting.

Through this lens, social media gives power to patients who are often unfairly profiled or disregarded by doctors and the healthcare system.

What becomes overwhelming, though, is the sheer number of social media users receiving medical information from just one influencer.

It can be millions.

Last Thursday, Fast Company ran a story on the same topic, interviewing Dr. Muneeb Shah, a licensed dermatologist who began making videos about skin issues in 2020. He has since amassed 13.8 million followers on TikTok.

To navigate the dilemma of bioethics on social media, Shah abstains from offering advice, and tries to present general information as straightforwardly as he can.

Shah, who also works with pharmaceutical brands, mirrors Willis in accrediting social media users as a regulatory system: “Anyone who does this at scale realizes very quickly that the platform was given by the audience and can be taken away by the audience.”

Meaning that if Shah contradicts himself -- disregarding a particular drug, and then representing it months later -- he’s likely to be called out and unfollowed.

Both articles make two things perfectly clear: Social media platforms -- TikTok and Instagram, especially -- are welcoming spaces for this type of medical content. But there’s a very large gray area of content that can be deemed ethical or unethical.