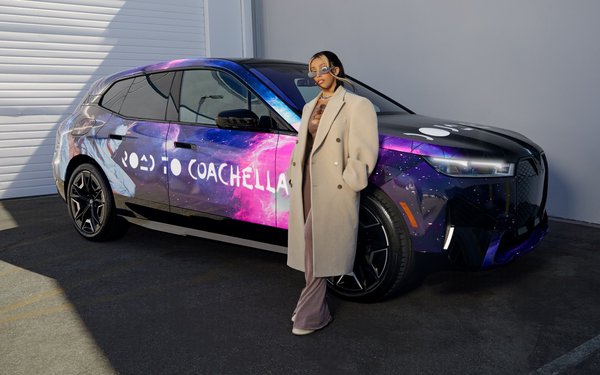 After a pandemic-induced hiatus, BMW is returning as an official partner of the Coachella Valley Music and Arts Festival.

The automaker is renewing its #RoadToCoachella campaign to celebrate the festival’s first activation since 2019. BMW’s 2022 Road To Coachella campaign will feature Grammy Award-winning recording artist Doja Cat, who designed a custom wrap for the all-electric BMW iX Sports Activity Vehicle.

The campaign also features the BMW i4 Gran Coupe and kicks off April 14 across BMW channels, extending through the iconic desert music festival’s first weekend, April 15-17.

“This is a moment to celebrate several things: being together again, working with so many incredible collaborators once more, and a momentous launch of our all-new Ultimate Electric Driving Machines,” says Uwe Dreher, vice president of marketing, BMW of North America, in a release.