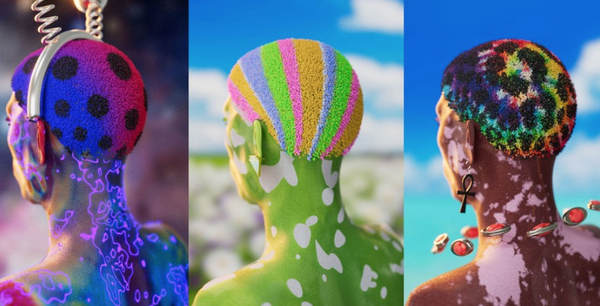 Five-time NBA champion and fashion icon Dennis Rodman is stepping into the metaverse with the launch of his first NFT project.

"Rodman's Barbershop” will be hosted on the OpenSea NFT marketplace and will spotlight his distinctive hairstyles from over the years while playing in the league.

Rodman has partnered with Jeff Hood of Metacurio, a creative studio with a focus on NFTs and the metaverse that previously executed an NFT collection for retired boxing champion Mike Tyson.

The collection, which will be “minted” or revealed on April 11, will include between 5,000 to 7,000 unique NFTs featuring varying colorful hairstyles mimicking Rodman's own game-day looks. They will each be priced at around $175.

One NFT holder will be chosen at random and will have the opportunity to get an actual haircut from Rodman himself. Select Rodman NFT holders will receive exclusive Barbershop merchandise and signed Rodman gear.

"We wanted to immortalize Dennis’s fashion sense, style, and bravado and give fans and collectors an opportunity to own one of the many hairstyles that have made Dennis a global icon," Hood says in a release.

Rodman has been an avid NFT collector and active within the NFT Twitter space, where he has sparked conversations around the rise of NFTs and digital art.