Staples Signs Off On '90s Nostalgia 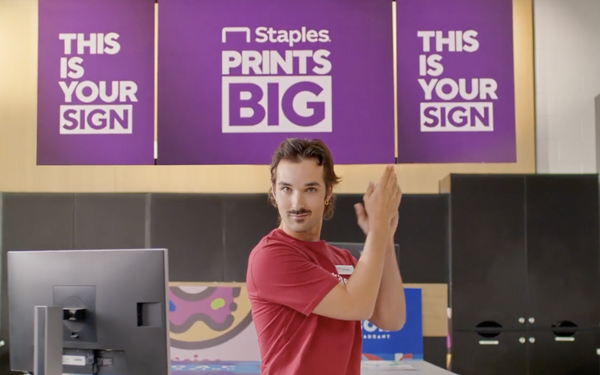 Staples pours on more ‘90s nostalgia in this ad, which features a woman coming into the store and asking to get a banner printed because “I saw the sign.”

That, of course, prompts the 1992 Ace of Base song of the same name, which all the Staples employees know and recognize.

What follows is a cheeky takeoff of those ‘90s videos mixed with an ad promoting Staples’ ability to make signs.

At the end of the ad, the woman finishes her conversation with the Staples employee, and the two get to work making her signs.

If you’re familiar with the tune and haven’t heard it in a while, it’s likely to remain in your head for some time.

All the better for Staples if you remember that you have a sign to make.