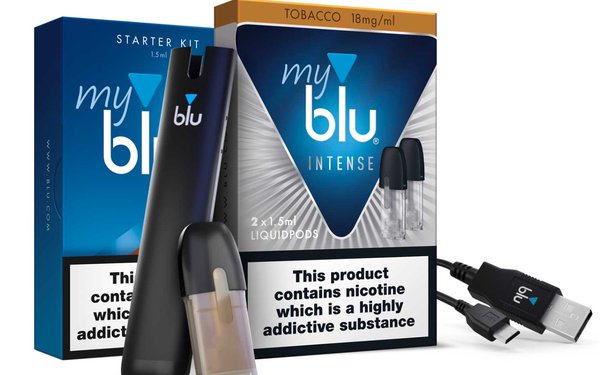 The FDA’s April 8 Marketing Denial Orders for the Fontem Myblu products were the first issued to a major tobacco company.

Fontem is owned by United Kingdom-based Imperial Brands plc, one of the world’s largest tobacco companies.

Under FDA regulations, marketers of electronic nicotine delivery systems had to submit PMTAs by September of 2020 so the agency could determine if they are “appropriate for the protection of public health.”

That FDA designation mainly considers whether the devices help transition adult smokers to a safer alternative but do not introduce tobacco to new users.

The latter concern is the most complicated for tobacco companies, given the rise in popularity of youth vaping in recent years.

In rejecting PMTAs for seven Myblu products, the FDA determined that the applications “lacked sufficient evidence to show that permitting the marketing of these products would be appropriate for the protection of the public health.

“Additionally, the applications did not demonstrate that the potential benefit to smokers who switch completely or significantly reduce their cigarette use would outweigh the risk to youth.”

U.S.-based ITG Brands LLC—a subsidiary of Imperial that markets Myblu—issued a statement saying it is disappointed with the FDA’s decision and disagrees with the agency’s scientific evaluation and conclusions.

“We believe our products meet the regulatory requirements and plan to use the administrative appeals process to convince the agency that approval should be granted.

“Based on past practice, we expect the FDA will not seek to enforce the MDOs while this appeal remains ongoing and we therefore expect the products to remain in the market during this period.”

In a lawsuit settlement on Tuesday, tobacco-vape giant Juul Labs Inc. agreed to pay Washington state $22.5 million while agreeing to various marketing reforms to prevent underage sales and use of its e-cigarettes.

Among the allegations in the state’s consumer protection suit filed in September of 2020 were that Juul improperly targeted teenagers on social media.

As previously reported, two years ago this month the Federal Trade Commission filed a racketeering case against Juul and its major shareholder, Altria Group Inc., alleging that the companies sought to eliminate competition in the e-cigarette space in violation of antitrust laws.

In February, an administrative law judge dismissed the FTC’s antitrust charges. The FTC is appealing the decision.

In U.S. retail outlets tracked by Nielsen, Juul and British American Tobacco’s Vuse brand have a combined dollar share of approximately 70% of e-cigarettes while Imperial has roughly 3%.

Juul, British American Tobacco and NJOY Holdings Inc.’s NJOY brand are still waiting for decisions on their PMTAs for pod-based vapes currently under consideration by the FDA.