Rent the Runway Banks On Wedding-Palooza 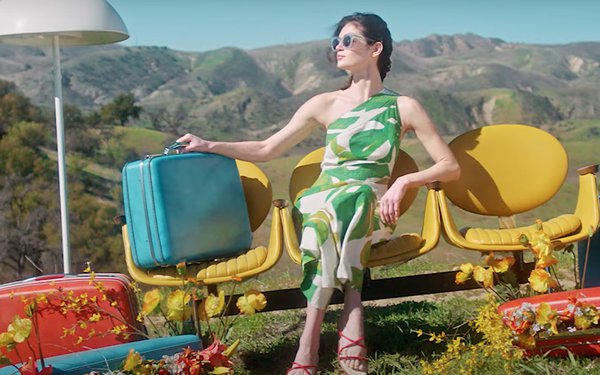 America isn't just brushing up on the Electric Slide, father-daughter dances and cheesy toasts. With an estimated 2.5 million weddings expected this year, people want something "new" to wear, and Rent the Runway is ready.

The company expects continued growth ahead. "We look forward to capitalizing on one of the strongest potential macro environments for rental we've seen in recent years -- with an outsized pipeline of weddings and social occasions in 2022, return to work, and a resurgence of general social activity,” says Jennifer Hyman, co-founder and chief executive officer, in the company’s earnings announcement.

To encourage new customers, it's launching a "Something Borrowed" Wedding Styling Service, offering free advice to prep brides and party-goers.

The company released results for its fiscal fourth quarter, reporting that revenue shot up 91% to $64.1 million, compared with $33.5 million in the prior year's fourth quarter. The number of active subscribers grew by 110%, to more than 115,000.

Those numbers are better than investors expected, as was its loss of $39.3 million.

Based in New York, Rent the Runway also said it continues to expand its at-home pickup service to nine new markets, which now reaches 25% of its subscriber base. Its goal is to get 50%, to save further on transportation costs.

For the next fiscal year, the company forecasts revenue from $295 million to $305 million.

While up to 50% of Rent the Runway’s customers come to the site because of an upcoming event, the goal continues to be to move people from one-off rentals to a steady stream of loaned clothing, jewelry and accessories.

Members pay monthly fees that range from $94 to $235. In return, they get between four and 16 different designer items. Members can add on extra items, including four-to-eight-day rentals.

Rent the Runway also lets people buy its rental clothing, and observers expect it to move deeper into resale.

Rent the Runway may have been the first rental platform for designer clothing and made a splash with investors when it went public last year. But it certainly isn't alone. Younger consumers have become increasingly passionate about sustainability and circular fashion, from low-end thrifting to leasing a Balenciaga clutch.

Besides D2C competitors like Armoire and Gwynnie Bee and plenty of smaller platforms specializing in jewelry and accessories, traditional retailers from Neiman Marcus to H&M are testing and exploring new sales models.