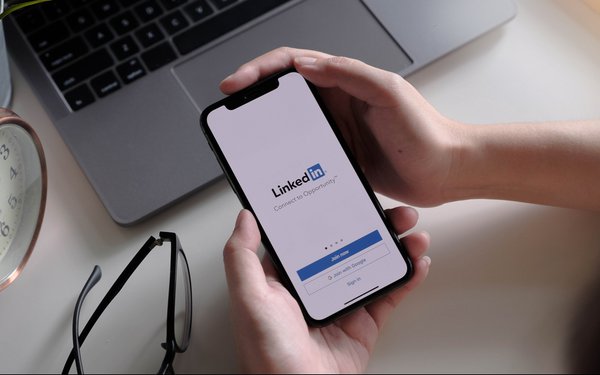 The ruling marked the second time in three years that the 9th Circuit Court of Appeals has ruled in hiQ's favor. As with the earlier decision, the new ruling suggests that scraping publicly available data from another company doesn't violate the Computer Fraud and Abuse Act -- an anti-hacking law that prohibits anyone from accessing computer servers without authorization.

“It is likely that when a computer network generally permits public access to its data, a user’s accessing that publicly available data will not constitute access without authorization,” Circuit Judge Marsha Berzon wrote in an opinion joined by Circuit Judge Clifford Wallace and District Judge Terrence Berg.

The dispute between hiQ and LinkedIn dates to 2017, when LinkedIn first said hiQ's scraping violates the Computer Fraud and Abuse Act, a 1986 law that prohibits anyone from accessing computer servers without authorization. LinkedIn sent a cease-and-desist letter to hiQ, after which the analytics company sued LinkedIn for allegedly acting anti-competitively. hiQ sought a declaratory judgment that it wasn't violating the anti-hacking law, and asked for an injunction requiring LinkedIn to stop blocking it.

The analytics company argued its business faced the prospect of irreparable harm, unless it could access profile information about LinkedIn's users. hiQ's business involves scraping data from LinkedIn's publicly available pages, examining the information to determine which employees are at risk of being poached, and selling the findings to employers.

LinkedIn contended it has the right to control its servers, and that hiQ was disregarding LinkedIn users' privacy. The social networking service specifically said more than 50 million people used its "do not broadcast" tool -- which enabled them ti change their profiles without having other users notified about the revision.

U.S. District Court Judge Edward Chen in the Northern District of California sided with hiQ and granted the company a preliminary injunction. The 9th Circuit upheld that injunction in 2019.

Last year, LinkedIn pressed the 9th Circuit to reconsider its prior ruling, arguing that “massive unauthorized data harvesting” poses a threat to privacy.

The appellate judges appeared to reject that argument, noting that the data allegedly scraped by hiQ allegedly was publicly available.

“Even if some users retain some privacy interests in their information notwithstanding their decision to make their profiles public, we cannot, on the record before us, conclude that those interests -- or more specifically, LinkedIn’s interest in preventing hiQ from scraping those profiles -- are significant enough to outweigh hiQ’s interest in continuing its business, which depends on accessing, analyzing, and communicating information derived from public LinkedIn profiles,” Circuit Judge Marsha Berzon wrote in an opinion joined by Circuit Judge Clifford Wallace and District Judge Terrence Berg.

Berzon also noted that there was no evidence in the record that LinkedIn users who told the company not to broadcast profile revisions aimed to prevent their employers from seeing those changes.

“There are other reasons why users may choose that option -- most notably, many users may simply wish to avoid sending their connections annoying notifications each time there is a profile change,” Berzon wrote. “Employees intent on keeping such information from their employers can do so by rejecting public exposure of their profiles and eliminating their employers as contacts.”

The injunction is "preliminary," as opposed to permanent; hiQ will only be able to obtain a permanent injunction if it can prove LinkedIn acted anticompetitively.

A LinkedIn spokesperson said, “We’re disappointed, but this was a preliminary ruling and the case is far from over.  We will continue to fight to protect our members’ ability to control the information they make available on LinkedIn.”

Despite hiQ's legal victories, the future of the company's technology is uncertain. hiQ acknowledged last year in court papers that it had gone dormant, but suggested it may be able to sell off parts of its business, provided could obtain a permanent injunction against LinkedIn.

“LinkedIn’s conduct has had its desired effect of pushing hiQ out of the market,” the company told Chen last September.

“Since hiQ was forced into dormancy, it has received several inquiries from prospective commercial partners seeking to leverage hiQ’s technology,” hiQ added. “Without the Injunction, hiQ would not have been able to -- and cannot continue to -- entertain these inquiries and consider whether it could salvage what remains of its business to try to mitigate the harm that LinkedIn has caused.”