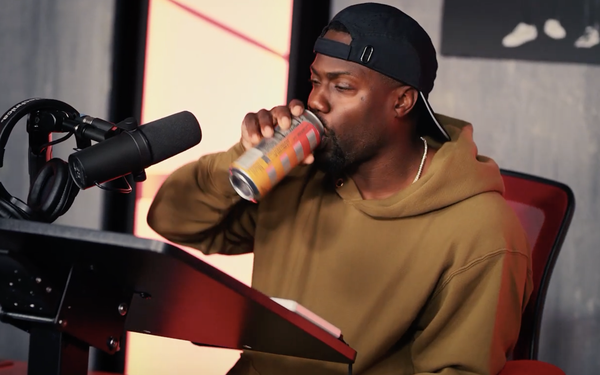 If you’ve ever taken a look at Kevin Hart’s IMDB page, you’ve no doubt realized that he’s a busy man who divides his time between acting, performing and producing.

This ad for C4 Smart Energy drink plays on that fact and shows how C4 powers Hart’s daily grind. “My life is nonstop,” Hart says in the opening. “My life is always on the move.” From there, Hart moves to the set of a TV show, an action movie and a fashion shoot, to cooking a meal at home and doing standup.

With the tagline, “Ignite your fire,” this ad appears to be aimed at people like Hart, who want to get a lot of stuff done.

C4 Energy is the portable form of workout powder by Cellulor.