Burger King Introduces Us To A Confusing World 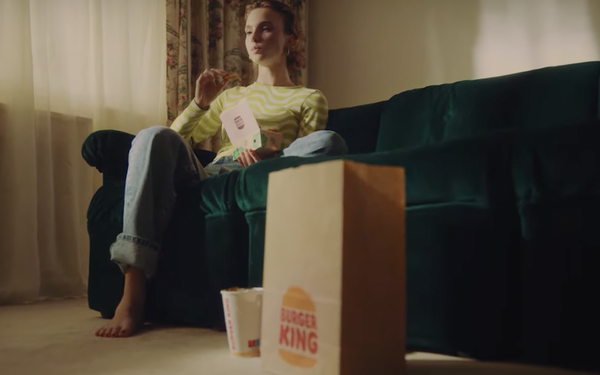 In what is surely the most complex Burger King ad ever, an announcer states, “Jada wants to delete the text message she sent to her ex, but that sends a message that she deleted a message…”

Other conundrums in the ad, via David the Agency, Madrid, include the question of whether it’s bad parenting to let your daughter dress up like a princess -- and the problems of Darryl, who met his wife when he downloaded an app to get “you know, physical," only the couple don’t get “physical” anymore.

Among other thoughts in this ad are whether it’s OK to drink tap water if you swore off plastic bottles and if it’s OK to have children in this day and age.

“The world keeps getting more and more confusing,” the ad concludes. “So, obviously, [when] Burger King launches chicken nuggets that got no chicken, but taste like chicken…”

It’s an ad that speaks to our current age of indecision and getting lost in the minefield of decision trees in 2022.